I love words. What’s not to love?
It’s amazing to think that nearly the totality of human knowledge and understanding is expressed through a set of squiggles. What’s even more amazing is that each of us, every day, hears or reads sentences that we’ve never heard or read before and we are able to understand them.

Come to the library and pick a random book, flip to a random page, and read a random sentence. Ludwig 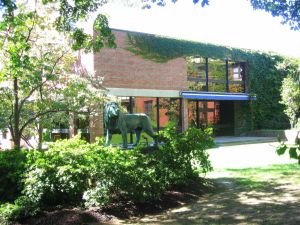 Wittgenstein did not hold words in such high esteem. He argued that words merely express facts and are therefore devoid of any sort of value. Everything other than facts, everything that we care about, and everything that makes life worth living must exist outside of language. Language, according to Wittgenstein, is insufficient to capture the meaning outside of pure facts. He concludes his famous Tractatus Logico-Philosophicus with the statement, “Whereof one cannot speak, thereof one must be silent.” It’s hard to take a bleaker view on words.

Why, then, do we read? What draws us to “Stopping by the Woods on a Snowy Evening”? Why do we fall for Heathcliff? Fiction would be pointless if words merely expressed facts. How can we find beauty in fiction if the words are purely functional? When we say someone has “a way with words,” we’re trying to describe something that’s, well, hard to put into words. The point of fiction could be to use words to describe things that can’t be put into words.

Hans-Georg Gadamer disagrees with Wittgenstein. Gadamer argues that language holds truth, meaning, and, of course, beauty. He states, “Language is the medium in which substantive understanding and agreement take place between two people.” Gadamer speaks of hermeneutics, the study of meaning. What a sentence says and what it means are often two different things. When Bartleby says, “I would prefer not to,” we know that he doesn’t simply mean that he prefers not to compare papers or run an errand to the post office. His words carry a different meaning each time they’re said. It’s why the sentence, “She never said she loved him”, carries six different meanings depending on which word is emphasized. The beauty of reading comes from trying to figure out what is implied from what is said. The power of fiction is to bring meaning to words.

What about Wittgenstein’s conclusion? What did he mean when he warned us to be silent? Like anything Wittgenstein said, it’s not entirely clear what his point was. His language is so sparse because the ideas he was expressing were obvious. For example, after defending his doctoral thesis, he said to his bewildered committee, “Don’t worry, I knew you’d never understand,” and walked out, and he was awarded his doctorate. Certainly other philosophers took it bleakly. An entire school of philosophy was founded on the idea that the world can only be known through facts, but maybe Wittgenstein meant something more uplifting, possibly something more in line with Gadamer. Maybe he meant there are things in this world which cannot be expressed through words, or maybe
he’s talking about the feeling you get while reading a book. These are words we’re reading, but they express something beyond themselves. Something deeper. Who knows? Make a meaning out of Wittgenstein’s words.

Take some time to stop by the library and pick up a book. You might find something beautiful. 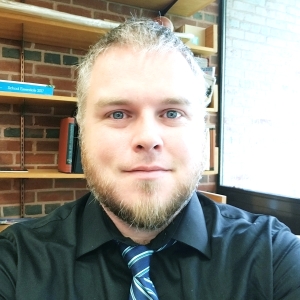