Choi, Clark, and Douglas (2012) state that “cancer is not a single disease but includes many different diseases. In cancer cells, mutations modify cell-cycle control and cells don’t stop growing as they normally would” (p 452). Cancer is a result of gene mutations in the cells that make up the tissues and organs of the human body. When normal cells undergo gene mutations, this can be a result of inheritance, aging, or damage to genes by factors such as radiation. These mutated cells form cancer cells, which grow and divide uncontrollably. Cancer has been a very prominent epidemic in the world in recent years. Every day, more and more people are diagnosed with cancer and suffer from the fatal effects of this disease. Statistics show that in 2018 alone, there were approximately 18 million new diagnoses of cancer and 9.6 million cancer-related deaths worldwide. One of the most common types of cancer is lung cancer. There are several types of lung cancer that involve different causes, symptoms, and treatment options.

What Is Lung Cancer?

Lung cancer is one of the most common types of cancer worldwide. According to the World Cancer Research fund, lung cancer constituted 12.3% of all new cases of cancer diagnosed in 2018. The Center for Disease Control (CDC) states that lung cancer is a medical condition that leads to cells in the lungs dividing uncontrollably. This causes tumors to grow and thus reduce a person’s ability to breathe (Nall 2018). When cells in the lungs are abnormal, they do not carry out the necessary functions as efficiently as a normal cell would. As these abnormal cells continue to grow and divide in an uncontrollable manner, they form tumors. Consequently, these tumors may impact the individual’s ability to breathe properly. Lung cancer can be broadly classified into Small-Cell Lung Cancer (SCLC) or Non-Small Cell Lung Cancer (NSCLC). “This classification is based upon the microscopic appearance of the tumor cells themselves, specifically the size of the cells” (Stöppler [date unknown]). The two types of lung cancer also differ in terms of spread, growth, aggression and applicable treatments.

END_OF_DOCUMENT_TOKEN_TO_BE_REPLACED

Native Americans in the Western Film Genre: An Evolution

Native Americans in the Western Film Genre: An Evolution

Whether it be a science fiction film that brings us on a journey to a distant galaxy or a fantasy movie that introduces us to knights and dragons, films can show locations and characters that do not exist in reality. However, film also has the ability to inform us about our own world. Film can remind us of forgotten history, give us new perspectives on historical events, and familiarize us with cultures different from our own. Because of this, the accuracy of the history and cultures portrayed within movies is crucial; if a film is truthful in its depictions, we are more knowledgeable of, and can make better decisions about, the world.

While not all films in the western genre are based on true historical stories, they feature settings, themes, and groups that did exist in the past. One group often portrayed within the genre is Native Americans. There is a history of stereotyping Native Americans in popular culture. Carlos Cortés lists some of these stereotypes:

…antiwhite antagonists (usually villainous); as sexual threats and conveniences; as noble savages; as victims (often passive) of prejudice and discrimination; and as stalwart (sometimes antiracist) heroes.[1]

In the real world, Americans have mistreated Native Americans throughout history. However, Native American treatment has evolved over time. In the early twentieth century, the government wanted assimilation for Natives, working to mold them into Americans, which entailed Natives being forced to abandon their culture.[2] During the presidency of Franklin D. Roosevelt, the government made positive strides in terms of Native American treatment, though termination policies in the 1950s, which included the U.S. government being able to cease protection of Native tribes, undid some of these positive changes.[3] But, groups like the American Indian Movement (AIM) rose in the late 1960s and 70s, helping to bring about policy changes and spark awareness over Native rights.[4] END_OF_DOCUMENT_TOKEN_TO_BE_REPLACED

American Pulitzer Prize Winner Wallace Stegner once said: “National parks were the best idea we ever had.”[1] But, where does the idea of building a park come from? Today, it seems instinctive for everyone to want to protect the earth. However, this sentiment was not instinctive. Now, we all know that conservation focuses on protecting natural resources and the environment, but in reality, the word “conservation” as an environmental concept did not exist until the early twentieth century.[2] This concept to preserve actually grew out of the nascent conservation movement of the early the twentieth century, when President Teddy Roosevelt protected millions of acres of land by sheltering it in the National Parks and National Forests systems.[3] However, this desire to preserve our environment did not appear in Roosevelt’s time without roots. In fact, events before the twentieth century laid the foundation for environmental conservation. The birth of the conservation concept actually began much earlier in the nineteenth century.

In the first half of the nineteenth century, the Industrial Revolution was at its height. The Revolution brought mass production and led people into more enjoyable lifestyles and increased consumption.[4] However, in the United States these changes had a very destructive impact on the environment.[5] Air and water pollution from coal-burning made cities like New York smoggy and dirty. Increased urbanization brought about increased water-borne diseases like cholera and typhoid. Moreover, hazardous materials released from factories devastated health conditions of working families who lived near industrial settings. The boom in transportation also led to serious land degradation. Canals affected the natural routing of water and streams while construction of railroads forced deforestation and destruction of certain animal habitats.[6] END_OF_DOCUMENT_TOKEN_TO_BE_REPLACED 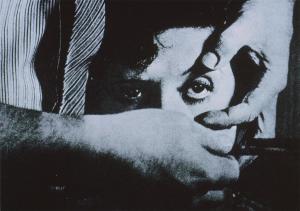 One of the most iconic Surrealist images is a single deep laceration into the eyeball of a subdued woman. It comes from Un Chien Andalou, a short movie by Salvador Dali and Luis Bunuel (Addendum 1).[2,3] The film exemplifies the horror and confusion that pervades Surrealism, but instead of employing it in a static painting, Dali and Bunuel prolong the enigmatic discomfort for over twenty minutes. Although the effect of the film may be horror, that was not its intent. Rather, the creators intended to forcefully open the minds of viewers to what they felt was the optimal perspective: the total loss of rationality and reason. Un Chien Andalou has many disturbing sequences of images, and, since it is a silent film, there is no explanation for the rapid changing in themes and characters.

In this movie, there are many unexplained phenomena that do not exist far outside the realm of our reality, but the film is still indecipherable when looked at with a traditional lens. This is the nature of Surrealism. In response to the turmoil of the First World War, there were certain groups that sought to change Western culture. These included the Dada artists, who created chaotic and unexplainable artwork, as well as avant-garde writers and musicians. Through their respective mediums, they took previous conventions and changed them to reflect the utter devastation that overcame Europe and made many question the rules of the existing order. Surrealists are perhaps the best-known example of a radical fringe group that worked toward the reversal of cultural norms during the interwar period. Just as in Un Chien Andalou, they coupled familiar concepts with disturbing alterations in order to provoke personal discomfort from their audiences. END_OF_DOCUMENT_TOKEN_TO_BE_REPLACED

The Presidential Bully Pulpit: Marijuana Policy and Rhetoric during the Nixon Administration

The Presidential Bully Pulpit: Marijuana Policy and Rhetoric during the Nixon Administration

“The Nixon campaign in 1968, and the Nixon White House after that, had two enemies: the antiwar left and black people,” claimed John Ehrlichman, a Domestic Affairs Aide under President Nixon. He continued:

We knew we couldn’t make it illegal to be…against the war […], but by getting the public to associate the hippies with marijuana […], and then criminalizing [it] heavily, we could disrupt those communities. We could arrest their leaders. raid their homes, break up their meetings, and vilify them night after night on the evening news. Did we know we were lying about the drugs? Of course we did.[1]

By the time of Richard Nixon’s election in 1968, marijuana had become more than just a psychoactive substance. For users, it was a symbol of rebellion. For socially conservative politicians like Nixon, it posed a threat to civilized society. In his 1968 campaign, Nixon promised to restore law and order to a country where civil rights and anti-Vietnam War protests had become commonplace. As president, Nixon launched a War on Drugs, which included both a political and rhetorical crusade against marijuana. The drug symbolized the anti-war movement, so Nixon maintained a strict anti-marijuana stance to demonstrate his scorn for the movement. However, without the work of Harry Anslinger, the director of the Federal Bureau of Narcotics (FBN) from 1930 to 1962, marijuana may not have gained the political clout that it possesses today.

A substantial amount of marijuana first entered the United States when Mexicans fleeing the Mexican Revolution crossed the border into the American Southwest and brought marijuana with them. Even though one Texan senator claimed that “All Mexicans are crazy, and [marijuana] makes them crazy,” the first major piece of drug enforcement legislation—the Harrison Narcotics Act in 1914—did not outlaw marijuana.[2] Furthermore, a U.S. government committee formed in 1926 to investigate the smoking of marijuana by off-duty soldiers stationed at the Panama Canal found that the drug had no “appreciable deleterious influence on the individual using it.”[3] Only some western and southern states, where marijuana use by Mexican immigrants was more pronounced, criminalized the plant. END_OF_DOCUMENT_TOKEN_TO_BE_REPLACED

“Medicine is so broad a field, so closely interwoven with general interests, dealing as it does with all ages, sexes and classes, and yet of so personal a character in its individual appreciations, that it must be regarded as one of those great departments of work in which the cooperation of men and women is needed to fulfill all its requirements.”
Elizabeth Blackwell, 1849

During the nineteenth century, most middle class women did not have a voice or place in the workforce outside the home. Instead, they served as housewives, taking care of the family by doing domestic chores, gardening, or nurturing their husbands and children. However, as the women’s rights movement took root with the Seneca Falls Convention in 1848, women began to fight for a role in the workplace and rebelled against the cult of domesticity. Although they faced obstacles along the way and gender equality in the workplace is still imperfect, there were many successes over the following 150 years.

Throughout the past several decades, the number of employed women increased drastically. Women in the labor force rose by an astonishing 257%.[1] In the medical field, for example, there were no accredited female doctors in the first half of the nineteenth century, but women now make up over a third of doctors in the United States. This remarkable change had roots going back to the mid-nineteenth century, when more women strove to join professional fields, especially the medical field. For centuries, women such as abortionists and midwives had practiced forms of medicine, but the general public did not consider them to be legitimate physicians. Therefore, not only were more women trying to become integrated into the medical field as professional physicians, but they were also striving to attend medical school in order to prove that their knowledge and ability as physicians were equal to those of men. In the early nineteenth century, no medical schools admitted women. In this biased environment, many trailblazers paved the way to allow more women to attend medical schools and become physicians. One of the most notable trail blazers during the mid-nineteenth century was Elizabeth Blackwell, the first woman to earn a medical degree in the United States. Throughout her journey, Blackwell faced many obstacles. However, she was able to become a physician because she was able to persevere through the many challenges in her away. END_OF_DOCUMENT_TOKEN_TO_BE_REPLACED