Frederick Douglass & The Power of Literacy

Frederick Douglass & The Power of Literacy

In Frederick Douglass’s autobiographical narrative, he explores the power of education in slavery, one of the most important themes in the narrative. Literacy is initially the beacon of hope that reminds Douglass that there is ultimately freedom from slavery. However, learning to read reveals to Douglass the horrific truth of slavery, transforming his views on the opportunities that are rooted in literacy. He realizes that learning to read has only pushed him further into the depths of slavery rather than helped him fight for liberty. Though the immediate impact of literacy on Douglass reveals the paradox of education in his life as a slave, Douglass’s views on literacy ultimately shift from paradoxical to positive. Douglass finds that education has only led him deeper into the chains of slavery, but he eventually sees the power to be gained from literacy and the potential to use literacy as a tool to fight against slavery.

When Douglass was first introduced to the world of literacy by his mistress, he described his first few lessons with passion and zeal, explaining the joy he felt when he was able to spell three-letter words. Upon being denied future lessons by his master, Douglass was even more attracted to becoming literate. He was enticed by his master’s fervent opposition to his learning, realizing that a slave becoming literate was liberation from his master. He writes, “From that moment, I understood the pathway from slavery to freedom” (Douglass 32). As an illiterate slave, Douglass felt he was completely at the mercy of his master, his only knowledge of the world coming from the man who had absolute power over him. However, becoming literate would give Douglass new power that would challenge his master’s control over him. After being forbidden from having lessons, Douglass persisted instead of dejectedly returning to his life of illiteracy as his master’s rejection “served to inspire [him] with a desire and determination to learn” (Douglass 32). Seeing how his master endeavored to keep the world of reading and writing from him and fellow slaves showed Douglass that there was immense power to be gained from what he could learn – power that could lead to liberty. His master’s resistance towards his learning revealed a deep fear in his slaves becoming more educated and thus destroying his superiority over them. Becoming intellectually equal to his master would leave Mr. Auld, vulnerable to the newly gained knowledge of Douglass and his fellow slaves, no longer keeping his slaves submissive to his orders.

After describing his inspiration to secretly educate himself, Douglass tells the story of his journey to literacy. He immediately reveals that he grew disgusted with his life as a slave, as the world of slavery was fraught with horror and hateful exchanges between masters and slaves. Though it was once something he highly revered, literacy showed Douglass the horrific truth of slavery. He was repulsed by the idea that slaves were taken from their homes and made to be property with no value or rights. Douglass writes, “It opened my eyes to the horrible pit, but no ladder upon which to get out” when describing how powerless he felt when reading about slavery” (Douglass 36). Instead of gaining a deeper understanding of the world around him and how to remove himself from his situation, he only fell deeper into the hateful clutches of slavery with no way to escape. Douglass was left despising his enslavers a great deal more than before and the hope he had for liberty through literacy vanished. The idea of abolition was dangled in front of him, but Douglass had no way to take action against slavery as his reading showed him the utter lack of power slaves had against their masters. Douglass was tortured by his constant thinking over what he had learned about slavery, envying his “fellow slaves for their stupidity” (Douglass 36). Douglass felt as though they lived in blissful ignorance, unaware of the true nature and inhumanity of slavery, while he could no longer be sheltered by that ignorance as his choice to pursue literacy led him to face the harsh truth of slavery.

Douglass emphasizes the importance of education through many descriptions of his journey to literacy. Initially, Douglass was angry with the knowledge he gained through reading, causing him to view literacy as “a curse rather than a blessing” (Douglass 35). Douglass was forced to acknowledge that his masters were correct in saying that only disappointment was to be gained from his learning to read. Though Douglass believed that the only way to freedom was through literacy, at the same time, literacy led him to loathe his live as a slave as he felt overcome with the chains of slavery that confined him to a life not worth living. As he continues his journey to literacy, Douglass uses his experiences to highlight the paradox of literacy in the lives of slaves, though he ultimately believed that education was beneficial and necessary for all slaves. The power of literacy, though difficult to bear, was a tool that will allow him to organize an abolition movement. Douglass’s passion for education led him to create a Sabbath School for his fellow slaves. He was desperate to teach those whose “minds had been starved by their cruel masters” (Douglass 60). No longer did he feel that his fellow slaves should live in ignorance over their enslavement. Douglass prized knowledge of the truth very highly. Though learning about the inhumanity of slavery disturbed him, Douglass was determined to educate all slaves in order to create something larger – an army to fight an intellectual war against slavery. An abolition movement required individuals to come together to work against slavery rather than to conserve the hope and ignorance of each individual slave. Although that would require slaves to learn the horrific truth about slavery, working towards destroying the entire institution of slavery would validate their sacrifices. 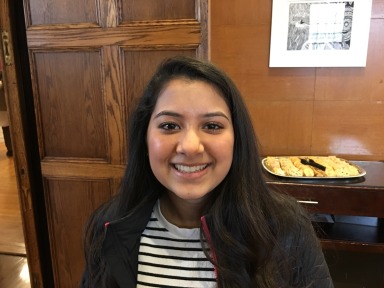