Minnie Vautrin and John Rabe: The Beacons of Humanity during the Nanking Massacre

Minnie Vautrin and John Rabe: The Beacons of Humanity during the Nanking Massacre

On a cold winter morning, about thirty soldiers came to a house. As soon as the landlord answered the door, the soldiers shot him with a revolver. When the landlord’s wife knelt down, asking why they killed her husband, they shot her as well. Upon entering the house, the soldiers dragged a female tenant Mrs. Hsia out from under a table, where she tried to hide with her one-year-old baby. After stripping and raping her, the soldiers bayoneted Hsia in the chest. They then stabbed the baby to death. Meanwhile, some soldiers went to the next room, where Mrs. Hsia’s parents and her two daughters, aged sixteen and fourteen, were hiding. They shot the grandmother when she tried to protect the girls. As the grandfather grasped the body of his wife, they killed him, too. Five to six soldiers raped the two girls and bayoneted both, along with their younger sister, who was also in that room. Before they left, the soldiers murdered the two children of the landlord, the elder bayoneted and the younger split down through the head with a sword.[1]

This was not a horror movie made for the sake of violence and gore. It was one of the countless cases of unspeakable atrocities that took place during the Nanking Massacre in the winter of 1937.

Please click here to read Amy’s essay in its entirety. 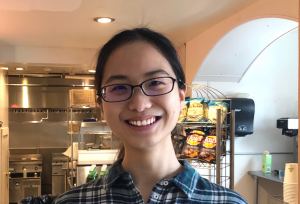 By smleo in 2018-19 v.9, 6th Season on February 26, 2019.
← Red Guards During the Great Proletarian Cultural Revolution A Looming, Dreary Cloud to a Calamitous Crash: Roosevelt, Keynes, and Their Responses to the World’s Greatest Economic Catastrophe →