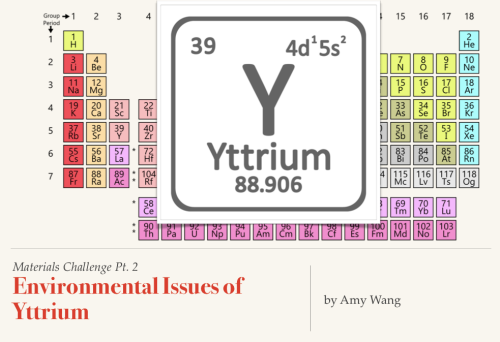 Yttrium is a metal with atomic number 39, located in Group 3, Period 5, Block d. It is classified as both a rare earth element and a transition metal.

As a metal, pure Yttrium exhibits typical metallic properties, but the Y in smartphones is not in its pure form. It’s always contained in compounds.

Usage in a Generic Smartphone

Y is one of the rare earth elements (REE), a class of very special elements that all have unique properties. Y, in particular, is an integral part of a smartphone screen because it can make a compound that emits red luminescence. Since red is one of the three primary colors of light, Yttrium is widely used to make screens colorful.

Sustainability and Responsibility Issues with the Supply Chain for Yttrium

Because Yttrium is so important to phone screens, its industry consumption has been very high. The demand for Yttrium has elicited serious environmental issues.

Contrary to popular belief, Yttrium and other REEs are not rare. They occur commonly in the Earth’s crust. However, they are scattered about and high concentrations cannot be found in any one place. Oftentimes, the extraction of one REE is costly and difficult due to its small amount.

Yttrium never occurs in nature as a free element. It is mined in rare earth minerals with other elements. The yellow-brown ore xenotime, for example, can contain 50% Yttrium phosphate.

Mining and processing Yttrium, as well as those of other REEs, have caused serious environmental issues. According to the Dragonfly Report, the industry has very high associations with health problems, radioactive waste, and water/solid pollution. 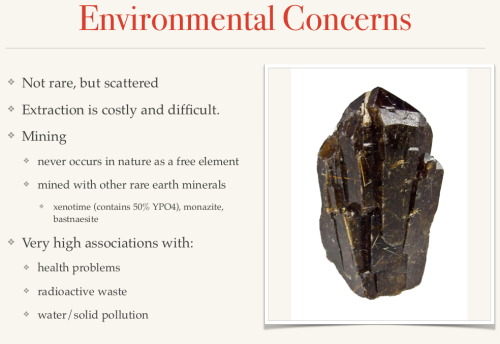 (image of a lake in Baotou, China formed entirely by waste water discharged from REE processing plants) China has a monopoly for rare earth, accounting for 97% of global output of these precious elements for modern technology. Among all the REs China produces, two-thirds are from this one single city.

As mentioned, the concentration of rare earths in the ore is very low, so they must be separated through techniques like acid baths. The waste water lake in Baotou contains acids, radioactive elements, and heavy metals from processing and mineral residues.

When the factories first sprang up in the 1980s, crops in nearby villages started to fail. Later, most domestic animals were killed off by the toxins. The soil and groundwater are saturated with toxic substances. Residents inhale visible coal dust and solvent vapour containing acid. Despite villagers’ protests, there is currently no solution to this huge lake of toxic sludge.

In addition to China, other top producer countries have suffered from disputes over rare earth mining. India, for example, has struggled with illegal mining of radioactive monazite. Australia was also in dispute with Malaysia since an Australian company has been mining rare earth elements in its own country but the processing the ores in Malaysia, raising concerns about pollution.

A Sustainable Alternative to Replace Yttrium’s Role in Current Smartphones

Yttrium is known for its unique properties, and there is no alternative to replace its role in current smartphones.

Practices that might be altered to make Y less problematic: Recycling could be a more sustainable way of using Yttrium. It not only adds a new source to the supply chain, but also alleviates environmental and energy burdens in primary mining and separations. Since Y has a low depletion rate, it has high potential to be recycled from electronic waste. Currently, Yttrium has a recycling rate of <1% and virgin material input of 31%, which indicate inefficient recycling. This is because Yttrium is a small part contained in a complex system, and requires recycling processes that are complicated and expensive. However, a recent project at the University of Pennsylvania has designed a new, cost-effective approach to recycle Yttrium. The team developed a new organic compound for binding rare earth elements and separating them. It provides new hope for Yttrium recycling. 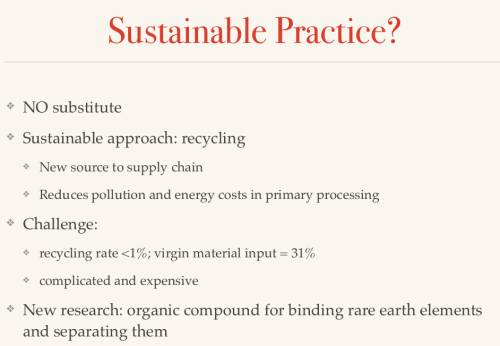 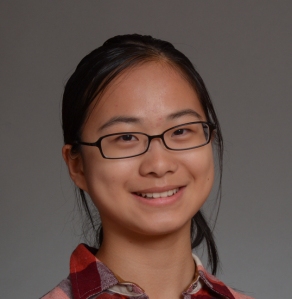