Home » Season 2 » Want to Be More Creative? Get Immersed in Nature!

Want to Be More Creative? Get Immersed in Nature!

Today’s children only spend around 20 minutes outside per day. The number of visits in both national parks and nature-based recreation has steadily declined since the 1980s. Social media and technology are taking away opportunities to go out and explore nature. The modernized life we are living now is much better than the one our ancestors had in terms of medical care and living standards, but are we missing out on the benefits and beauty nature might hold for us?  A study by Strayer and University of Kansas psychologists Ruth Ann Atchley and Paul Atchley has shown that immersion in natural settings could improve creativity. The study involved 56 people: 30 men and 26 women at an average age of 28. These subjects were divided into eight different groups to participate in hiking trips without any technology from four to six days in Alaska, Colorado, Maine and Washington. Among these eight groups, four took a ten-item creativity test the morning before the trip. The other ten groups took the same test the morning of the fourth day. The in-hike groups had a much higher average score on the test, scoring an average of 6.08 compared to the average of 4.14 for the pre-hike group. There are actually two factors in this experiment: nature and technology. There is no direct evidence to determine whether the study objects’ problem solving ability is improved by the increased exposure to nature or decreased exposure to technology. However, the researchers believe that these two factors are strongly interrelated to each other. 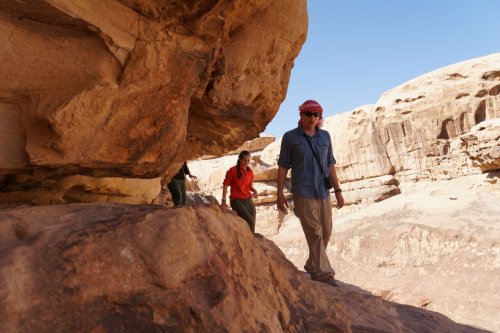 Whether it is immersion in nature or reducing one’s use of technology that affects creativity, we need to understand how important it is for us to connect with the nature. Richard Louv, the author of Last Child in the Woods and The Natural Principle, believes that connection to nature should be seen as a human right. I agree with him; I think today we are trying so hard to draw the line between nature and human society that we forget the fact that we are also part of nature. I really appreciate opportunities like simply sitting in the woods for twenty minutes; it helps me feel connected to nature.

Hans Zhou is a V Former from Hangzhou, China, and he lives in Thieriot House. He enjoys studying languages and science, and he looks forward to spending his spring semester at the Chewonki Semester School in Wiscasset, Maine.