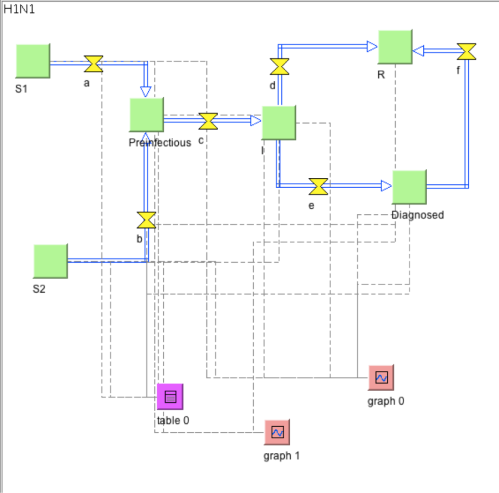 After one is infected, there are two possible ways to recover: one would either recover gradually or recover with medication after being diagnosed with the H1N1 virus. The second way takes a shorter amount of time to recover and has a higher recovery rate than the first possible way. The rate from the infectious compartment directly to the recovered compartment is calculated by using the equation 0.3*1/8*I: 0.3 tells us that 30 percent of the infectious population will not be diagnosed, and 1/8 tells us that the spontaneous recovery time for the H1N1 flu is about eight days. The rate from infectious to diagnosed is 0.7*I because approximately 70 percent of the infectious population will be diagnosed and medically treated for the H1N1 flu. Thus, the rate from diagnosed to recovered will be 1/3*I with the recovery time of about three days.

Death rates are not represented in my model because H1N1 does not have a high death rate, which means that the spread of the disease would not usually lead to death in the United States’ population. The model is also not a closed system because once the H1N1 virus has infected a person, an antibody would be developed in his or her body. Thus, the person would be immune to H1N1 and will not go back to the susceptible population.

I ran my nova model for 10 time steps in a day, and for three weeks and one year respectively. In the three-week model, recovered, infectious, pre-infectious and diagnosed populations gradually increase, and the two groups of susceptible population gradually decreased. However, in the one-year model, I found that while the infectious still continues to increase, it would decrease rapidly at one point because that the susceptible population has decreased to an extent that the H1N1 flu would disappear over time, and the infectious population would all be moved to the recovered compartment. There is also a difference between the S1 and S2 population as every person in S1 would be infected eventually while there would be 5,310 people who would not be infected in S2. Based on all the evidence above, I came to the conclusion that the H1N1 would eventually disappear after having infected all the population in S1 and around 99% of the S2 population, which would take about 131.4 days. 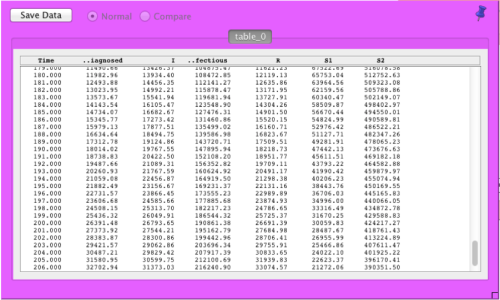 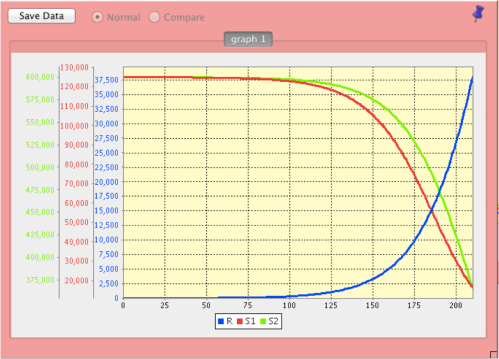 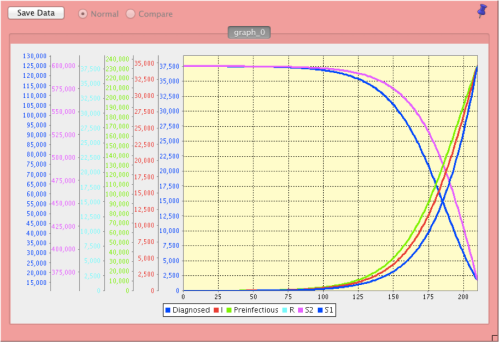 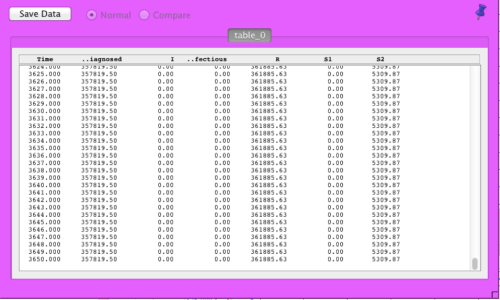 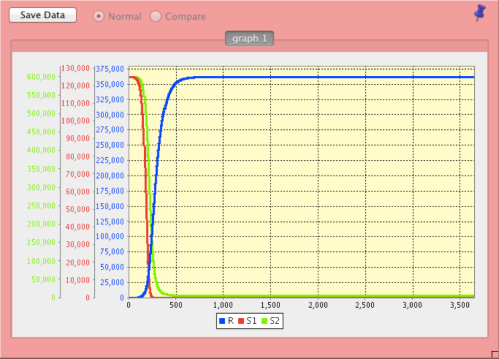 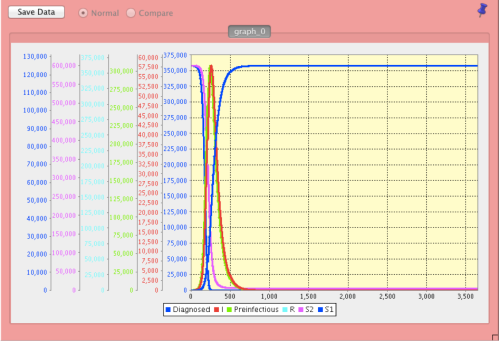 Lucy Cao is a IV Former from Shanghai, China. She enjoys all kinds of art and music, and she loves traveling. This is her second year living and studying in the US.

By smleo in Season 2, Vol 2.4 on November 4, 2014.
← “It’s Complicated”: Relationships in “Interpreter of Maladies” Want to Be More Creative? Get Immersed in Nature! →