Rebel with a Cause: Delving into Comic Books

Rebel with a Cause: Delving into Comic Books

Crammed into the tiny pocket of space behind the painting hanging in my study lies one of my greatest secrets: a magazine of weekly comics. As a child, I would purchase a new one from the local newsstand every week after school. On the twenty-minute bus ride from home, I would quickly consume the updated stories featuring young detectives investigating unsolved murder cases, or sentient toys mediating domestic disputes for maltreated children. My favorites were the grand adventures, in particular about the cursed pirate families searching for a place to bury their treasure.

Unlike those pirates, the treasure I would be burying was a bit more personal than gold. Every time I brought home a magazine, my immediate response was to conceal it: in the drawers, on top of the bookshelf. But these would all inevitably be found. When I noticed a secret crevice between the painting and the wall, it was as if the most perfect coastline had finally revealed itself from the mist. I could not let another one of my treasures fall into the hands of other marauders and hijackers, the most notorious of whom was my forbidding mother.

From her perspective, comics were a distraction. They were intrinsically unorthodox and counter-education. Plot-driven stories, indulgence in imaginary worlds—none of that added personal value. It wasn’t just comics she forbade, but any hobbies that weren’t swimming, playing musical instruments, or reading BBC or CNN. My study was mostly supervised—more than once while stretching my neck, I could spy her head poking in from the door, suspicious of whether I was truly being diligent.

She was, of course, right. As much as I treasured them, comics were a distraction and probably did harm to my performance in school. But I refused to surrender them because I wanted her to trust my ability to make my own decisions, whether or not I could really make the correct ones. I was upset since I believed I had grown up enough, whether or not I really had, to deserve some agency and independence.

Six years later, to this day, my mother still has no idea. I had felt breathless under her supervision, but the existence of this buried treasure gave me a bit of breath. It felt like nothing more, and yet nothing less, than a small victory—a victory that I didn’t need to lose to acknowledge. In fact, it was my mother’s complete lack of awareness of her defeat that made me realize I had successfully, in some way, put some distance between me and her supervision. It’s a distance she can never cross as long as that comic stays secret and hidden.

As antagonistic as I may have portrayed my mother to be, the truth is that she has supported me more than suppressed me, and I love and appreciate her far more than I hold any feelings of resentment towards her. She has always showered me with life advice and endless encouragement whenever bad fortune played a part in my life. When I think of becoming a parent in the future, I can imagine myself being similar to her in a lot of ways, without all the constant surveillance, but still strict and sometimes adversarial. A relationship of love and adversity, a balance between strictness and flexibility, might just be necessary for teenagers everywhere to struggle and seek their own version of independence. It was how I first found mine, and why I eventually felt ready to spend all of my high school years in America, far away from home, and far away from my buried treasure, confident that I didn’t need to guard it. Rebelliousness and resilience stimulate proper growth.

Whenever I’m home for the holidays, I go back to the study and try to retrieve the magazine for a quick review. But it’s firmly stuck in there, an eternal hidden medal of victory and independence. 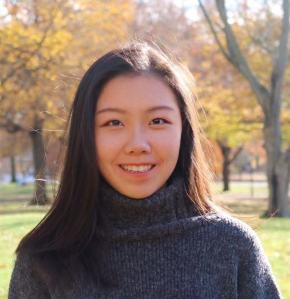