For the entirety of my life, I have been taught that there are good politicians and evil politicians. I have been taught that there is only Democrat and Republican. I grew up in a firmly liberal household, in a liberal state, and attended liberal private schools from kindergarten to my senior year of high school. This is not a criticism of my family, nor is it a criticism of liberal education, rather a recognition of the fact that I have been exposed to very few people that are significantly different than I am. However, this year as I began to look onward to studying political science at college in the fall, there was something that I found deeply troubling about experiencing eighteen years of life without having my own political views truly challenged. Even so, I have always had firm opinions about nearly every issue, even those which I have not necessarily experienced the effects of first hand. An example of one of these issues is gun regulation.

In choosing a topic for which to research for the Kean Grant (independent research and study in the field of public service, exploring meaningful domestic public policy issues) at St. Mark’s, I selected the issue which I felt I was the least informed yet most vocal about, and that which is at the forefront of our current political climate. I was particularly thrilled to explore gun regulation, as it is an incredibly polarizing issue for which there are two very distinct sides. I believe that there are very few issues that enrage people quite like guns. For the project itself, I conducted a series of interviews with people from both sides of the gun control debate. In the following article, you will find four of these five interviews with my analysis and commentary available for your viewing. My commentary and analysis will be provided for the fifth interview with Eleanor Bastian, the Legislative Director for Congresswoman Diana DeGette, however there will be no recording nor quotes from this interview. Other interviewees include Karis Johnson: the Judiciary Legislative Director for Congresswoman Jackson Lee from the 18th district of Texas, Hugo Williams: a lifetime member of the National Rifle Association, Glen Caroline: Director of the N.R.A. Institute for Legislative Action Grassroots Division, and Tucker Carlson: host of Fox News Network television show Tucker Carlson Tonight.

I began by researching facts about guns and legislative actions taken surrounding their availability to citizens. In order for you to understand a bit more about guns, I have compiled a a few facts and figures that I believe all people should know.

First, the mechanics and categorization of guns. Guns are often talked about in terms of being automatic, semi-automatic, and linked to the words “assault weapon”. The last term is often heard in the media in conversation about gun regulation. This categorization was created by politicians in order to discuss a certain type of gun, that being a semi automatic gun with a detachable magazine. Some of my interviewees believe this term to be used by “anti-gun” politicians to frighten the public by highlighting the fatal nature of guns, and

specifically the danger of  what are often, for better or for worse, considered “high power” guns. Additionally, it should be made clear that there is not a mechanical difference between what you would think of as “hunting rifles”, such as a Ruger 10/22 .22 which I shot, and an AR-15. This is very important because there is a common misconception that scarier looking guns can do more damage, however, in many cases, the opposite is true.

What I found most interesting about this interview was the differentiation between the reasoning behind reasonable gun control by Ms. Johnson versus other typically “anti-gun” representatives I spoke with. I found it fascinating that people can believe what they believe for such an array of reasons. The primary focus of this interview was on legislation that has passed through the House surrounding protection against gun violence. This is different from other responses I received which primarily focused on attempting to remove guns from our engrained culture because they are believed to be unnecessary.

This interview was absolutely fascinating. Mr. Williams and I were able to speak extensively about the concept of natural rights, and what role the government should be able to play in our lives as a whole. Additionally, I found the basis of wishing to defend your family a valiant reason to support your right to own a gun. Mr. Williams was also careful in his opinions about the Second Amendment. While in the car on our way to a gun store, I asked him if he believed that it was his right to carry because it said so in the constitution. I asked this question because I have often heard people use this as their reasoning for owning a gun. However, Mr. Williams did not say what I expected. Rather, he explained to me that while it is written in the Constitution, it is important to recall why it is there in the first place. He reminded me that it is our right as citizens to defend our families, not because of law, but rather because it is our right as human beings. I found this argument intriguing, and it later reappeared in my interview with Mr. Tucker Carlson.

This was a particularly interesting interview for me, as in my own life, and often in the news, the NRA has been villainized in various ways. However, upon my arrival to their headquarters in Virginia, I was welcomed with nothing but kindness. Though this may seem small, it was the most prominent reminder that my partisan views are often so extreme because I forget the humanity of my “opponent”. Along with kindness, I was greeted with fascinating information about the NRA as a whole. An important piece of the interview that I found significant was the NRA’s efforts to promote gun safety. Through various programs nationwide, they have made an effort to teach and reinforce the importance of knowing what to do around firearms, and how to safely operate them. Additionally, it was fascinating to hear the true “beliefs” of someone who works for the NRA. There are often ideas and statements imposed upon the NRA, and I found it enlightening to set the record straight.

Similar to my impressions of the NRA, being from a liberal household and school system I have not always been exposed to a favorable view of Fox News as a whole. However, I was once again struck by how much I enjoyed my time at their office in Washington, D.C. It was more than a pleasure to have the opportunity to speak with Mr. Carlson. The piece which stuck out to me most from this interview was something that we discussed later on about minorities and women and their need for an equalizer. The point made surrounding this idea was that guns can act a method of creating a level playing field between an attacker and a victim. It creates the possibility for survival in an otherwise lethal situation. As a woman, this particular point stayed with me, and I thought about it long after. I pictured the times that I have felt unsafe walking down the street at night and I wondered to myself if I truly would feel safer with a gun on my hip, or perhaps even just pepper spray.

Although I am not at liberty to share significant details of this interview, it certainly helped me gain perspective on the specific issue of mass shootings speaking with someone from Colorado. The history of Colorado, including the Columbine massacre and Aurora movie theater shooting, add a particular level of urgency to the gun control agenda. It is difficult to fathom what it would feel like as a parent, a citizen, or a legislator during an event like the aforementioned. However, the people of Colorado know this feeling well. Representative DeGette has worked diligently in her years in office, years which included the time of the Aurora shooting to reform our present gun control climate and legislature to create a safer environment for the people of this country.

I am both thrilled and more unnerved than ever by the results of my research. The thing that was proven to me most of all throughout this process is that ignorance is truly bliss. It is easy to criticize what you do not know very well at all. My beliefs about guns, those who like them, and those who hate them were thoroughly pressed and changed throughout the two week period of time. I now find myself somewhere in the middle of the argument. However, more than anything I have realized just how necessary it is to understand, for two weeks of listening corrected my years of mindless speaking. 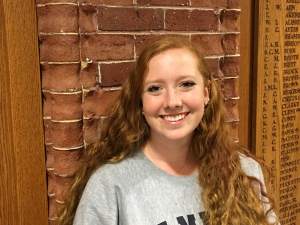