Home » Season 4 » Paul Tillich and Marcus Borg: Responses to the Challenges of Unbelief

Paul Tillich and Marcus Borg: Responses to the Challenges of Unbelief

Paul Tillich and Marcus Borg: Responses to the Challenges of Unbelief

Paul Tillich and Marcus Borg are Christian Existentialists. They see God and religious life in a radical way. Therefore, they would address the four major challenges to belief (in Philosophy, Psychology, Theodicy, Politics) in thought-provoking ways.

The Challenge from Philosophy is that there is no real “proof” of God’s existence. It is important to note that the “God” most often referenced in this challenge is the God of supernatural theism, that is, the God “out there,” separate from us and our universe. Tillich and Borg would likely agree that there is no proof of this God, however, that is not their God. Tillich describes religion as “asking passionately the question of the meaning of our existence and being willing to receive answers, even if the answers hurt. Such an idea of religion makes religion universally human, but it certainly differs from what is usually called religion. It does not describe religion as the belief in the existence of gods or one God” (Tillich 1). Faith doesn’t necessarily need to involve “God” at all, and definitely does not need to involve the God of supernatural theism or the monarchical God.

Tillich goes on to say that religion “is the state of being concerned about one’s own being and being universally” (Tillich 1). Faith is about being ultimately concerned, and everyone is concerned about something. Whatever that is becomes God to that person, even if their ultimate concern is not the traditional God. However, if one becomes ultimately concerned with something that is not ultimate, their faith will eventually disappoint them.

Tillich and Borg’s idea of God is the ultimate concern or the ground of all being. God to these two theologians permeates the entirety of our universe and goes beyond it. This belief system is known as panentheism, and centrally means that “everything is in God” (Borg 32). Arguing about His existence does not really matter to them. Tillich states that “nothing, perhaps, is more symptomatic of the loss of the dimension of depth than the permanent discussion about the existence or nonexistence of God—a discussion in which both sides are equally wrong, because the discussion itself is wrong and possible only after the loss of the dimension of depth” (Tillich 4-5). This quotation is akin to one by Sir Arthur Eddington: “It is a primitive form of thought that things either exist or do not exist.” To argue about the existence of God or to worry about empirical proof of God is to attempt to put God and the ground of all being into the “horizontal dimension.” The concept of existence is extremely limited and limiting, and so is the way in which humans define proof of existence.

The Challenge from Psychology is that God is a human projection based on our psychological need. Tillich and Borg would argue that God Himself is not a human projection, but images of God are. Borg states, “Anthropomorphic images of the sacred are sometimes simply viewed as human projections (which, of course, they are, just as all images of God are)” (Borg 76). It is difficult, if not impossible, for human beings to access God without having some sort of concrete image of Him, and that image varies from person to person. People see God in a certain way depending on what they personally want and need in a God figure. Like Tillich said, “whatever concerns a man ultimately becomes god for him” (Tillich 11). For some that could be the Father, for others the shepherd, for others the lover, but that image does not change what God really is. Just because the image is a projection does not mean that God Himself is a projection.

This only becomes a problem when people begin to believe that their image of God is in fact God Himself. Tillich states that, “Religious symbols point symbolically to that which transcends all of them. But since, as symbols, they participate in that to which they point, they always have the tendency (in the human mind, of course) to replace that to which they are supposed to point, and to become ultimate in themselves” (Tillich 50). Therefore, it is possible for God to become a human projection for those who take symbols and make them idols.

The Challenge of Theodicy is that the pervasiveness of human suffering means that either God doesn’t exist or God is not all-powerful or not all good. There is a very important distinction to make here. Tillich and Borg’s panentheistic God does not exist as an entity separate from the rest of the universe, and so He is unable to intervene into it. To say that God is directly responsible for every human decision or natural disaster implies a subject-object relationship between God and the universe that simply does not exist. God is in everything and everything is in God. He “never can be object without being at the same time subject” (Tillich 18). Borg goes on to say, “I cannot believe that God could have stopped the Holocaust but chose not to, just as I cannot believe that God responds to some prayers for healing and protection but not others…I don’t think of God as an interventionist…” (Borg 124). God as an interventionist calls up the idea of God as a monarch or finger-wagger, but that is not the God of Tillich and Borg. Their God is the spiritual God, the God that does not exist outside of our universe, rather, our universe exists within Him.

The Challenge from Politics is that belief in God leads to violence and is a net negative for society. Tillich and Borg are willing, far more willing than most, to address the negative impact that religion has on society. They both see religion as ambiguous, much like Taoists do. In all bad there is good, and in all good there is bad. As Tillich puts it, “Idolatrous faith is still faith. The holy which is demonic is still holy. This is the point where the ambiguous character of religions is most visible and the dangers of faith are most obvious: the danger of faith is idolatry and the ambiguity of the holy is its demonic possibility. Our ultimate concern can destroy us as it can heal us. But we can never be without it” (Tillich 21). Religion always has the potential to do harm and it always has the potential to do good, but it is impossible to separate ourselves from the ground of all being, from our ultimate concern. And so we must take the bad with the good and know that, despite the negative aspects of religion, without it we would not be human. Borg goes on to say, “The role of religion in the history of humankind is pervasively ambiguous…Groups have often justified their claims by grounding them in divine revelation, and individuals often legitimate their own positions by appeal to religious beliefs…But religion can also be the means of liberation from the self-interest of the encrusted heard into a wider community of being” (Borg 114). One cannot write off religion just because some people use it for evil, because through religion one can achieve levels of good impossible without it.

I’ve struggled with these two writers. I understand their perspective and I respect it, but I’m not sure I agree with it. I mainly struggle with the idea of everything being in God, of God being one with the universe, rather than being separate from the universe and looking at it from the outside. I see why some consider this model, the model of spiritual theism, the monarchical model, juvenile and even destructive, but I can’t seem to shake it. Thinking of God as the ground of all being or as ultimate concern doesn’t quite work for me. God Himself seems to disappear, replaced by air or dust, something inconsequential, incomprehensible, and inhuman. It isn’t comforting.

I’m also not sure I like how they, Tillich especially, redraws the circle of religion to include everyone. To redefine religion is also to strip it of its meaning. Calling a table a chair doesn’t make it a chair. I respect that these two are doing the intellectual work or, as Alex might say, the “mental gymnastics” to make this work, unlike, say C.S. Lewis, but I still think they’re trying to fit a square peg in a round hole. 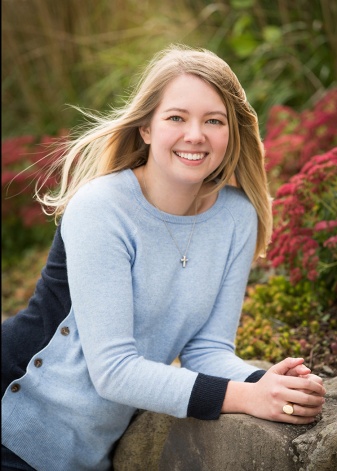 Charlotte Wood is a VI Former from Wellesley, Massachusetts. She is an avid actor.