Home » Season 4 » On Defining a Nation in The Global Seminar

A nation does not need to have a large number of members or consist of one piece of land. A nation is a group of people that are connected to each other because there is something that unites them, such as a common leader or government.

Different nations can be defined by politics. Politically, a nation is a group of people that live in the same certain country, follow the government of said country, and live together as a community. In politics, a nation is a country’s land and all that is in it. However, different types of nations can share something in common that is unrelated to politics. This is like a music artist who has a nation of fans because those fans are brought together by something they all have in common: a love for the performer.

Although not true in all cases, a functioning nation has a sense of unity and order. The people of a nation will be brought together by the government or their cultural similarities, such as religion. Similarly, a nation can be brought together by shared experiences and current life conditions. Nations do not magically appear. Nations are made. Even if there is a group of people that live on the same land, they don’t necessarily have to be a nation. There isn’t always a sense of unity and order.

Leaders bring nations together through pride and culture. They show the people that they have things in common such as living in the same land or sharing a belief in a democracy. Leaders can make nations, but they can also break them. Nations rely on a leader and on the structure created by that leader. Nations are groups that are unified and brought together. Nations thrive together, fail together, fight together, celebrate together, and live together. A nation can’t function without the people in it, and it definitely can’t succeed if those people aren’t unified. Nations are unified groups of people that thrive, grow, and live as one. 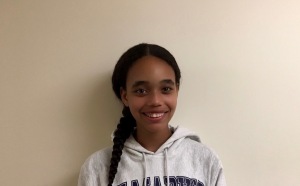 Laura Sabino is a III Former from New York City. She enjoys spending time with her friends and family as well as reading.