A Preliminary Probe into the Impact of Confucianism on China

A Preliminary Probe into the Impact of Confucianism on China: How is a thought from two thousand years ago still relevant today?

Confucianism was born out of a disturbed and divided era, with wars plunging people into the abyss of misery and suffering. Different from the Taoists who observed the way and legalists who committed to harsh punishments, Confucius sought to restore a harmonious social order to China. The most prosperous dynasties of China applied Confucianism to state administration, and Confucius himself was known by the highest institutions down to the grass-root workers. The open sentence of The Analects: “Is it not pleasant to learn with a constant perseverance and application? Is it not delightful to have coming from distant quarters? Is he not a man of complete virtue, who feels no discomposure though men may take no note of him?” is a proverb to all Chinese (Xue Er). It renders in my memory since the age of four. At that time, my friends and I could correctly recite around a hundred of those, without knowing what they actually meant. But every grown Chinese knows, through the Five Ideals of jen, chun-tzu, li, te, and wen, the sage influenced China profoundly in society, politics, and culture for thousands of years and beyond.

END_OF_DOCUMENT_TOKEN_TO_BE_REPLACED

Editors’ Note: In Advanced Biology, students were encouraged to tell the story that they felt compelled to relate about their Public Health issue (click here for assignment).  In this video, the students integrated a given Case Study with relevant information gathered through independent research. Their integration of the Case Study with additional research reflects an advanced understanding of, and ability to convey, scientific content.

Project Based Learning in The Global Seminar: The Zamibia Presentation

Project Based Learning in The Global Seminar: The Zamibia Presentation

Editor’s Note: All III Formers took part in The Global Seminar’s project to create a proposal to improve the state of the fictitious country Zamibia. The students collaborated in groups as United Nations Development Programme Sustainable Development Teams. The artifact below is part of the presentation that the students delivered to their classmates, teachers, and visitors. 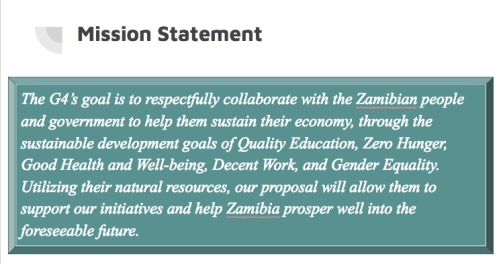 The Beauty of Carnatic Music

The Beauty of Carnatic Music

I was first drawn to Carnatic music when I heard a friend singing and I loved listening to the different songs and melodies.  I would go home humming the tune and even make up some of my own!   I feel privileged to learn this art form from my Guru, Mrs. Tara Anand, who is considered one of the best Carnatic music teachers in the country.

In the words of Yehudi Menuhin, who is considered the greatest violinist of the 20th century, “I knew neither its nature nor its richness, but here, if anywhere, I found vindication of my conviction that India was the original source. The two scales of the West, major and minor, with the harmonic minors as variants, the half-dozen ancient Greek modes, were here submerged under modes and scales of (it seemed) inexhaustible variety.”   Carnatic music is an intricate and complex classical music system from South India that dates back to the 12th century.

This music system is based on four core concepts: swaram, ragam, talam and sruthi.  Swarams are solfa syllables sung much like the do-re-mi-fa-so-la-ti and do of Western music.  A ragam is a scale that can have up to seven different swarams in various patterns.  Talam is the rhythmic beat structure to which compositions are set and is maintained by the vocalist’s hand while singing.  Sruti is the pitch at which one sings.  This is maintained by the Tanpura, a stringed drone instrument.         END_OF_DOCUMENT_TOKEN_TO_BE_REPLACED

On Being American, Latina…On Being Me

On Being American, Latina…On Being Me

I am a first-generation American. I am Latina. I am a child of a mother and a father who each came to America for unique reasons. I am Lauren Menjivar.

Being first-generation American is a trait I value dearly, but it also has been a challenge. Because I am the eldest child and a native English speaker, I have acquired a huge responsibility to attend to important matters for myself and my family. At the start of my education, my parents helped me learn the alphabet and count, but as I progressed through school, my parents’ ability to assist me dwindled until they never checked if I completed my work. They fully trusted that I finished each assignment to my best capability. When my younger brother enrolled in school, my parents relied on me to assist him with his homework because I had completed that grade. I have become their “secretaria” in completing paperwork and translating conversations. When my father took the American citizenship test, I was the one to help him study and quiz him on questions. When my mother does the same in three years, I will take on the same role. Whenever the school sent papers for my parents to fill out and sign, I would fill them out. I never complained about it once; in fact, I actually enjoyed filling out forms, and I understood at that point that I was the only person capable of doing it. I learned to handle responsibility, by doing things on my own, and through that I gained independence from my parents. END_OF_DOCUMENT_TOKEN_TO_BE_REPLACED

When Mr. Calagione, our varsity baseball coach, first mentioned the prospect of visiting Cuba in the spring of 2017, I was dubious. Although President Obama had shown signs of improving diplomatic relations with Cuba in 2014, I had believed that American travel to Cuba would have to wait several years. The opportunity to immerse myself in the culture of Cuba, a country impoverished by many regimes of cruel dictators and gripped by the historical intervention of the United States and the Soviet Union, intrigued me. I never considered Mr. Calagione’s idea to visit Cuba as a realistic proposal. It was not until he gathered all members of the baseball team in October that the prospect of visiting Cuba became legitimate. The appearance of the word “Cuba” on that piece of paper immediately enlivened me. While I looked forward to playing baseball, enjoying the warm weather, and interacting with locals using my Spanish, the learning aspect of the trip was what excited me the most. The historical context of Cuba from colonialism to the revolution created a unique social, cultural, and political landscape that I was excited to learn about. My eagerness to learn about the livelihoods of those with different social and cultural backgrounds often drove me to engage in what I call “research frenzies”: the hectic act of researching a topic of interest by delving into articles, videos, and photos on the internet using more than thirty tabs. This was often a time consuming (and battery consuming) endeavor that acted in place of actual traveling, and it fulfilled my desire to learn about other cultures. I would always choose travel over feverishly scouring the internet, so the opportunity to visit Cuba for a week energized me. END_OF_DOCUMENT_TOKEN_TO_BE_REPLACED

END_OF_DOCUMENT_TOKEN_TO_BE_REPLACED

together you are going to create an infographic that makes a comparison between the refugee crisis during and after the second world war and the current crisis in 2016. You may identify some guiding questions of your own. END_OF_DOCUMENT_TOKEN_TO_BE_REPLACED