Editor’s Note: The Global Seminar teaching team worked with all III Formers on an infectious disease project. This is a complex project that involves group work with other members of the III Form and with V Form biology mentors. The final result was exhibited in a poster session, allowing for visitors to do a conference walk and have questions answered by the poster’s creators. 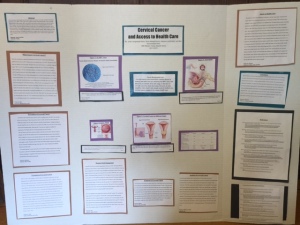 Abstract: Cervical cancer is the fourth most common cancer for women. It is mostly caused by the human papilloma virus (HPV.) HPV is the most common sexually transmitted disease, and it is spread through skin to skin contact. HPV can easily be prevented by practicing safe sex and having the HPV vaccine, but if not treated it could lead to cervical cancer. Some symptoms of cervical cancer include unusual vaginal bleeding (usually after sex), bleeding after menopause, or bleeding between periods. These symptoms can be prevented, if the cancer is discovered early on. Several treatments include surgery, chemotherapy, and radiation therapy. When caught at an early stage, cervical cancer can usually be treated, but at a higher stage the survival rate is much lower.

Please keep scrolling down to see the elements of the poster: 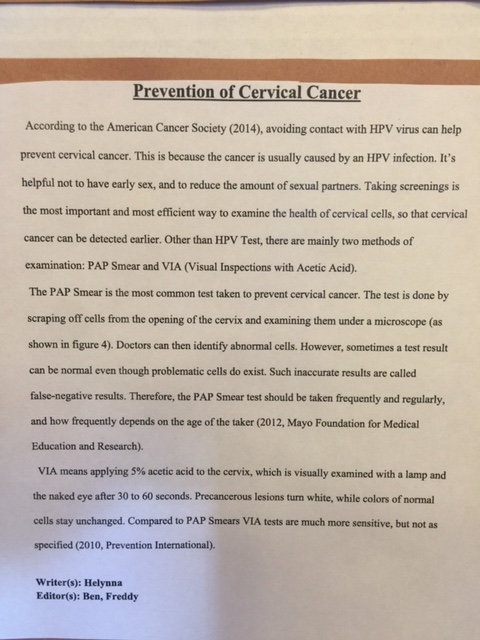 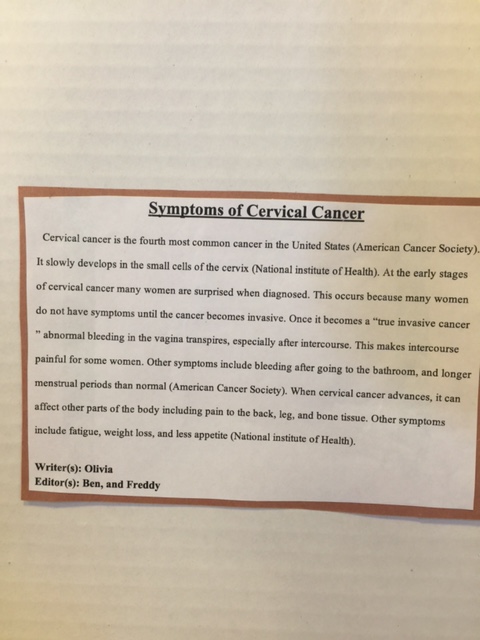 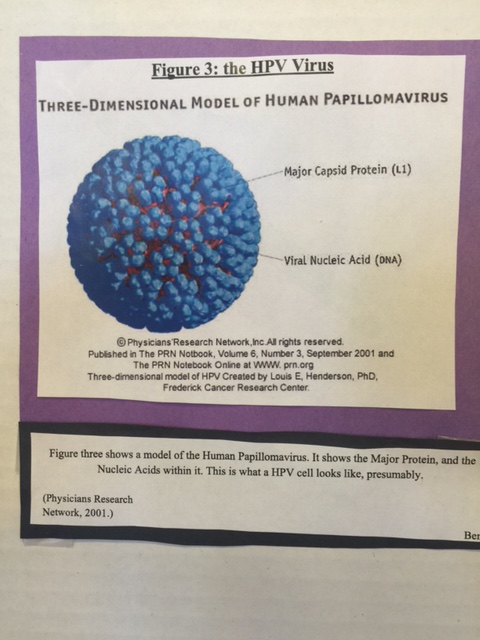 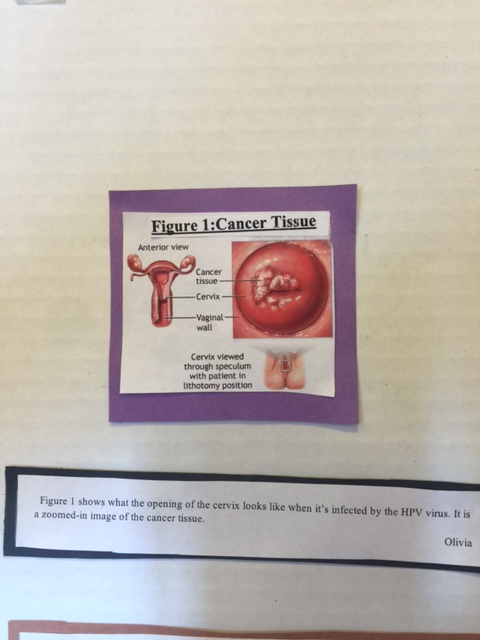 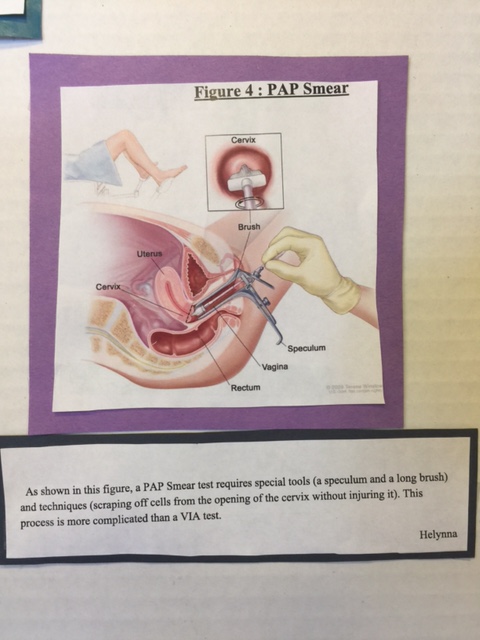 Olivia White is a III Form local boarder from Wellesley, MA. She lives in Pine/Oak, has an older sister who is in her VI year at St.Marks, and loves to sing.