A Lesson from Fish Fillet

A Lesson from Fish Fillet

I am afraid of fish. No one can remember what childhood trauma could have caused me to physically shake in the presence of these scaly creatures. Over the years, I have slowly made progress – from being unable to be in the mere vicinity of fish, to tolerating a walk past the seafood section at supermarkets, to interning at a one star Michelin restaurant where I spent the day working up close with my biggest fear.

During my internship at Warsaw’s Amber Room, I worked every section of the kitchen, including what I had dreaded my entire life: seafood. One morning, I was assigned to fillet salmon for a small banquet. I winced as I inserted the knife at an angle between the fish’s skull and fleshy body, my gloved hands trembling. After successfully filleting two fish, my mentor noticed my trepidation and asked me what was wrong.  I was determined not to quit, but admitted I felt utterly uncomfortable around fish. He decided to spare me the additional trauma and moved me to another position where I would feel more comfortable: to weigh and prepare the fish for cold storage. I felt an enormous weight lifted off of my shoulders, knowing I would no longer have to feel the bumps of the bones as they scraped against the knife, or see the glossy, lifeless eyes staring back at me.

I was impressed by the leadership of my mentor, having read my emotional discomfort and understanding a change was needed. It did not register with me until I read an article about how team effectivity is not plainly dependent on the group’s skill, but on its focus on ‘theory of the mind.’ Teams that read and act upon different emotions and strengths are the most successful, and my “fish fillet” experience served to reinforce this idea and showed the principle in practice.

At St. Mark’s, for Lion Term, a three-week program in June, I took part in a group studying nutrition and cooking.  During our second week, we were tasked with preparing a “New England Themed” evening snack for eighty students. At first, we thought of making traditional apple pies, but I knew we were destined to achieve more. After a few clicks through Pinterest, I found the perfect finger food: Apple Pie Turnovers.

I was selected as team leader, since I was the only one with cooking experience beyond ramen noodles and macaroni & cheese. I distributed the ingredients and assigned tasks to each team member, but chaos quickly ensued. The microwave practically exploded, groups bombarded me with questions, and everyone spoke simultaneously – all with music blasting in the background. The combination of music, bickering, disorganization, and the rising heat in the kitchen made it impossible to think clearly. I realized that I had never asked the group members their preferred roles. Instead, I led the kitchen in an autocratic way, assigning people without considering what was best for the individual. I was reminded of my experience filleting fish, and the appreciation toward my mentor reading my emotional discomfort and agreeing to an alternative plan.

After speaking with each member individually, I was more mindful of who would work best with whom, and paired people according to jobs that they had chosen. Eventually, we each fell into our roles, working cohesively and enjoying the process of cooking. The night was a rousing success. We fed our entire grade and guests even snuck in to sample our masterpiece.

A lack of empathy and communication can create discomfort, inefficiency, and chaos in a group. Having read the situation, I noticed that there was more to the problem and was able to reference lessons learned from my past, change course, and incorporate them into completing our objective. Although there are many factors that make a good team leader, empathy and communication certainly are key factors that cannot be forgotten. 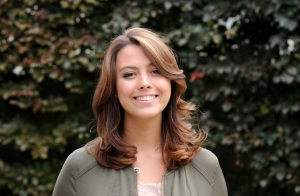