Moments of Significant Expansion or Contraction of U.S. Democracy

Moments of Significant Expansion or Contraction of U.S. Democracy

The Shen Prize is a speech competition for V Formers responding to the prompt: What is a moment of significant expansion or contraction of United States’ democracy?

Below are links to the text of the speeches by the five finalists as well as the video of the actual speeches. The Shen Prize was bestowed upon Rebecca Lovett.

In order of appearance:

Kaela Dunne: Reclaim the Title “Home of the Brave”

Izzy (Minjae) Kim: Leveraging the “Soft Power” of the U.N. 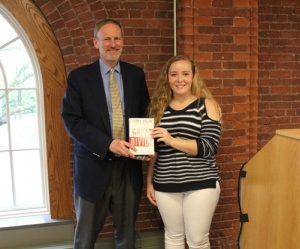 In the year 1963, a federal judge ruled that two qualified African-American students be admitted to summer courses at the University of Alabama. Upon their arrival, the Governor of Alabama, George Wallace, impeded their entrance to the auditorium, determined to make his opposition to the ruling clear.  Tension elevated in the standoff, while a young President, John F. Kennedy, braced himself to deliver a still-unfinished speech, and a call for the greatest expansion of democracy in United States history, what would be known as the Civil Rights Act of 1964.

Democracy is a system of government in which leaders and representatives are elected by the majority. More so, a true democracy offers the protection of human rights and equal application of the law for all. This is the democracy that Kennedy sought to fulfill. He saw that the greatness of America as a nation was contingent upon the embodiment of democracy, and here lies the importance of this expansion.

The President was bold and forthright on national television as he demanded the National Guard to,  as he put it “carry out the final and unequivocal order of the United States District Court,” and allow the students to enter. He continued on to announce a proposed legislation that would soon take shape as The Civil Rights Act of 1964.  Kennedy’s definite response garnered the attention and respect of pioneers in the fight for civil rights, such as Martin Luther King Jr. and Roy Wilkins.

Tragically, he was not able to see his proposed legislation come to life.

Lyndon B. Johnson was left with the task of pushing through the Civil Rights Act after Kennedy’s assassination. As the bill moved from The House into The Senate it was faced with adamant opposition, and it was the subject of a 75-day filibuster, among the longest in Senate History. It faced fierce enemies, such as Robert Byrd, a senator from West Virginia and KKK member who spoke for 14 hours straight to avoid a vote.

20 million Americans. They were just as “American” as myself, born and raised here. However, for the color of their skin they were barred from going to the same hotels, restaurants, theaters, gas stations, universities,  and even hospitals as their white counterparts. 20 million Americans were kept entirely separate in society and faced extreme discrimination. The disparities between segregated spaces, accommodations, and institutions were vast, and proved that “separate but equal” is never really equal.

20 million Americans were not allowed to vote fairly and justly, a direct conflict with democracy itself. Democracy is for the people, not simply the white, or the male, or the Christian.  It is for those millions of people, the millions who have gone, and the millions who are to come, that the Civil Rights Act was finally passed in 1964 and signed by Lyndon B. Johnson.

The act was preceded and succeeded by similar acts and bills all with the end goal to verify The Declaration of Independence when it says that, “All men are created equal.” However the Civil Rights Act of 1964 stands alone in its magnitude. The act barred voter registration requirements. It expanded the U.S. Commission on Civil Rights, which to this day investigates, reports, and makes recommendations to the federal government on issues regarding civil rights. It encouraged the desegregation of public schools, that was begun in the case of Brown vs. The Board of Education. It ended employment discrimination based upon race, color, sex, religion, and national origin. It made federal trials more accessible for those given unfair trials in state courts. It ended segregation in restaurants, hotels, theaters, and any other public accommodation engaged in interstate commerce.

However, most of all, it was a catalyst for the everlasting battle for human rights. It led to the Economic Opportunity Act of 1964, which helped to combat poverty in the US. It allowed for the further protection of rights for all Americans, and paved the way for The Voting Rights Act of 1965, The Fair Housing Act of 1968, and The Civil Rights Act of 1991. In the oppressive Jim Crow era,  It was a call to action for America to uphold the standard of democracy and not an offering to wash our hands of the centuries of slavery, racism, and discrimination.

On July 2nd 1964 20 million people were told “you may eat in this establishment,” “you may attend this university,” “you may vote, for who represents you,” “you may vote for the laws in which you live under,”  “you may vote, and this time is does not matter if your grandfather was able to.”

This is why the Civil Rights act of 1964 is the greatest expansion of Human Rights, suffrage, opportunity, and democracy in United States History.

Purdum, Todd S. An idea whose time has come: two presidents, two parties, and the battle for the Civil Rights Act of 1964. NY, NY: Henry Holt and Company, 2014. 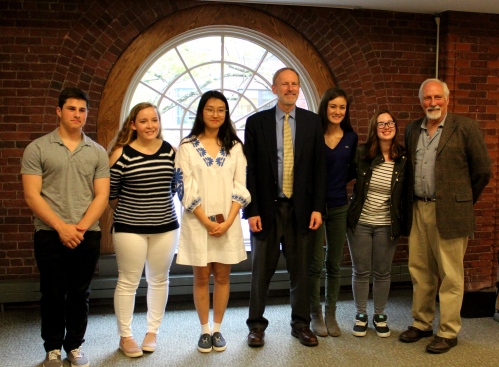