Upon being asked “who is the greatest in the kingdom of heaven?” Jesus replied, “truly I tell you, unless you change and become like little children, you will never enter the kingdom of heaven” (Matthew 18:1-3). Therefore, when a devout child becomes a young adult, he may find that he is no longer welcomed into the kingdom. Such a realization brings confusion and agonizing repression. “Araby” by James Joyce draws upon this notion through the telling of the coming-of-age story of a sheltered Irish Catholic schoolboy harrowed by newfound desire.

The theme, coming of age, is prevalent in both literature and media. Coming of age refers to the transition of a young person entering adulthood, otherwise known as puberty. Joyce writes from the perspective of an unnamed boy, whose age is assumed to be twelve to fourteen years. At this point in his life, the boy has entered puberty which hazards introduction to strange, new concepts such as sexuality. Joyce attributes Irish society for afflicting the boy by imposing upon him the paradox of religion and irreligious desire. In “Araby” James Joyce demonizes Irish society through the portrayal of repressed adolescence exemplified through strict Irish Catholicism, family dynamics, and figurative language.

Joyce criticizes Irish Catholicism as it is portrayed as repressive to a devout adolescent.  The short story begins with a quiet neighborhood street- that is until “the Christian Brothers’ School set the boys free” and the silence is disturbed (Joyce 1). It can be inferred that the Christian Brothers’ School is similar to other schools of the early twentieth century: single-gender, disciplinary, and intensely devout. The “setting free” implies that the school is like a prison; depriving the boys of their freedom (Joyce 1). The boy’s home is also symbolic as the previous owner had been a priest who had died in the back drawing room (Joyce 1). The priest represents the highly lauded Roman Catholic Church, which is no longer at the forefront of the boy’s mind, for it has been replaced with an extreme infatuation with Mangan’s sister. The infatuation the boy has with Mangan’s sister is similar to that of religious reverence. It can be inferred that this is because the narrator is extremely sheltered and has only witnessed such comparable reverence in the church. The boy venerates Mangan’s sister as if she, herself, were ecclesiastical, and he worships her name with “strange prayers and praises” (Joyce 2). Upon being asked by Mangan’s sister to go the bazaar ‘Araby,’ the narrator strives to concentrate on his studies while “the syllables of the word Araby were called to [him] through the silence in which [his] soul luxuriated and cast an Eastern enchantment over [him]” (Joyce 3). The boy is describing his calling as if it were a summoning to a religious pilgrimage, thereby illustrating the intensity of the boy’s repressed desires. Finally, the adolescent has difficulty making sense of his emotions or identifying the irreligious nature of his desire. However, he briefly addresses this and describes it as his “confused adoration” (Joyce 2). This disillusionment and inability to identify his emotions causes torment to the boy throughout the story. Not to mention, many strict Irish Catholic principles conflict with adulthood and adult desires, thus hindering the boy from coming of age. Therefore, Joyce blames Irish Catholicism for blinding adolescents from reality.

Additionally, Joyce criticizes Irish society for the repression of young adults by depicting harsh stereotypical environments. For example, as the boy accompanies his aunt through the Irish markets, he observes staple Irish stereotypes: drunken men, cursing, and satirical Irish patriotism. Despite this reality, the boy fantasizes his affections as pure of intent: a chalice, which he bears “safely through a throng of foes” (Joyce 2). The end of the story reveals that his affections are not so pure; however, the boy has blinded himself to the fact. Additionally, the boy’s family dynamic is unstable. For example, the adolescent waits for his uncle’s return so he may leave for the bazaar, but his uncle comes home late and the boy “ heard him talking to himself and heard the hallstand rocking when it had received the weight of his overcoat” (Joyce 3). The boy also observes that his uncle is forgetful, inattentive, and talking to himself. It is clear that the uncle is drunk, a paragon of stereotypical Irish men. This conclusion is enforced when the boy adds that “[he] could interpret these signs,” which suggests this scenario is not atypical and the uncle drinks frequently (Joyce 3). The harsh environment that the boy grew up in may be an explanation as to why and how the boy had become so disillusioned. Evidently, fantasy is far better than reality and temporarily provides him with childlike ignorance. In summary, Joyce uses negative stereotypical Irish environments to accuse Irish society of inhibiting adolescents.

Joyce blames Irish society of disillusioning adolescents through the use of figurative language. Figurative language such as metaphor is frequent in Joyce’s writing. The first line of “Araby” begins with “North Richmond Street, being blind”, which may be interpreted as a metaphor for the boy being blind to his own disillusionment (Joyce 1). Although, the boy “ was thankful that [he] could see so little” (Joyce 2). This is implying that a subconscious part of the boy recognizes his true desires, though he does not yet wish to come to terms with them. Joyce uses personification when describing the Irish houses of North Richmond Street, which are “conscious of decent lives within them” and appear to be gazing at one another; they are seemingly more alive than the Irish people (Joyce 1). Joyce is clearly denouncing Irish society for being so deeply repressed that their lives are merely “decent” and this is known to even the houses in which they reside (Joyce 1). Additionally, Joyce uses light to describe the boy’s fantasy. The adolescent frequently sees Mangan’s sister illuminated. She is illuminated when she comes out of her house to call the boys inside, she is illuminated when she speaks to him for the first time, and she is illuminated when she is a “brown-clad figure cast by [his] imagination” (Joyce 3). Mangan’s sister is painted as a light of wonder that has struck the boy deeply enough to awaken newfound curiosity and sexuality. Ultimately, she represents a beacon of light amid the darkness that is Irish society. Foreshadowing occurs as the boy enters the bazaar. He notices that the bazaar is closing down and the hallways are, like the rest of Ireland, in darkness. This darkness is mentioned again as the entrance to the stall he happens upon is also dark (Joyce 4). Upon overhearing a frivolous conversation and being accosted by a seller, the adolescent seems to be brought out of his romantic fantasy and into dark reality. This moment is captured by the boy turning away from the stall in uncharacteristic disinterest as he “heard a voice call from one end of the gallery that the light was out. The upper part of the hall was now completely dark” (Joyce 5). In this moment, the light, which represents Mangan’s sister and the wonder she provoked in the boy, has been put out and the adolescent is realizing the figurative darkness of reality. He is realizing his true desires, unveiled by reality, and he is struck by overwhelming emotion of “anguish and anger” (Joyce 5). Consequently, Joyce uses figurative language to condemn Irish society for disillusioning young adults.

“Araby” addresses the paradox of harshly typical Irish society and the contradictory effects it has on the Irish fixation with devoutness. The pressure to be devout is so great that it even conflicts with inherent human nature, not to mention the additional ‘unholy’ ways found and emphasized in Irish culture. Furthermore, it is hypocrisy. While the adults illustrated in “Araby” drink, curse, and engage in shallow conversation, they impose extreme religious expectations on the youths. Coming of age is not an easy feat, but unfortunately it is imminent. Joyce presents this common theme by criticizing Irish society through the use of Irish Catholicism, family dynamic, and figurative language. 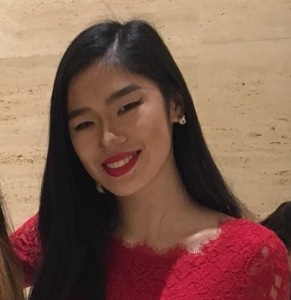