The End of Homework?

The End of Homework?

As St. Mark’s anticipates our new schedule for next year, the question has come up repeatedly: How will we manage homework with only three class meetings a week? This question, in combination with our increased focused on collaborative work, has led us to think carefully about evening hours and how our students spend their time outside of class. For me, the answer lies in redeveloping our understanding of homework rather than the further restructuring of our schedule or manipulation of old curricula into a new timeframe. How do we make the most of our time, be it in or out of class? Have we moved beyond the concept of homework as we have traditionally known it? END_OF_DOCUMENT_TOKEN_TO_BE_REPLACED

The Orchestra Coalesces (incl. a video of “Ashokan Farewell”)

Have you ever wondered what it was like to do four things at the same time? Well, all members of the

orchestra do. To effectively coalesce and produce a song that is pleasing to the ear, members must read the music, translate the music, play the music, and then listen to the music. This may not seem difficult at first, but simply playing the music and then listening to the music takes a lot of skill. Take the cello for example. Not only do you have to translate the notes on the page, but you also have to pay attention to what kind of combination those notes tell your fingers to do. You then also have to keep in your mind how you END_OF_DOCUMENT_TOKEN_TO_BE_REPLACED

Hinduism: a Dialogue in the Eastern Religious Thought Class

Hinduism: a Dialogue in the Eastern Religious Thought Class

Eastern Religious Thought is a survey of the major Eastern religions – Hinduism, Buddhism, Confucianism, and Taoism. We not only study the traditions and symbols of each religion but also examine its philosophy and theology. We first studied Hinduism. Hindus worship many deities but recognize that there is only one Ultimate Reality (Brahman). Hindus believe in reincarnation and strive for the ultimate goal of liberation (moksha).

“Yes,” said he, “but just how many gods are there, Yājñavalkya?” END_OF_DOCUMENT_TOKEN_TO_BE_REPLACED

Presently, informed consent is a widely used and understood term – the process of receiving consent from patients before administering a medical intervention on them. But before a court case in 1957[1], only 58 years ago, informed consent was not required in medical practices, which meant that medical practitioners could do almost anything to their patients without them knowing or realizing that it was ethically wrong. In The Immortal Life of Henrietta Lacks, Henrietta’s cells were taken for a culture when she went into Johns Hopkins because of what the doctors eventually discovered was END_OF_DOCUMENT_TOKEN_TO_BE_REPLACED 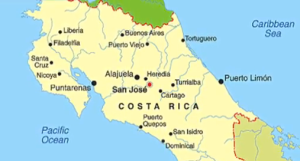 This Window, Ms. Ramirez’ Advanced Spanish Language and Culture students have been studying the challenges facing many families and communities in the developing world. Lack of access to resources hinders many communities’ ability to improve their economic standing. Traditionally, charitable organizations have made the mistake of forcing their help upon the locals and these organizations tend to ignore the culture and the opinions of the locals, making the situation worse. NGOs (Non-Governmental Organizations) often fail to realize that the best way to aid locals is when they want help and ask for it. These organizations should allow the locals to take the lead with ideas and then help to implement them. This strategy yields the greatest success because the people provide practical local knowledge to solve their own problems and the NGOs can help with connecting people and providing technical assistance. END_OF_DOCUMENT_TOKEN_TO_BE_REPLACED

Chalk Talk: My RANT on “Old” and “New” Pedagogy

Chalk Talk: My RANT on “Old” and “New” Pedagogy

Ahhhh the smell of those white board markers, I love them, I just love them. If they do anything, they, at the very least, keep us from getting chalk all over us and having students ingest chalk dust like some sort of appetizer. It is my nostalgia for chalk that leads me to ponder something that keeps coming back to me like some sort of bad meal at every restaurant my wife and I ever go to. It is the practice of “chalk and talk” instruction. As the name entails, it is a practice as old as chalk, and well slate; I will confess I have no clue which came into use first. To be more exact, it is also as old as whenever one human sat and talked to another about something one of them was either curious about or “knew” more about. In essence, “chalk and talk” is a representation of the “old style” of teaching. END_OF_DOCUMENT_TOKEN_TO_BE_REPLACED