Editor’s Note: Sydni Williams is the recipient of the 2019 Ely Prize in Public Speaking. Originally given by a member of the Class of 1982 in honor of his mother, the Ely Prize is presented each year to the student who gives the best speech in the Global Seminar Public Speaking Competition.

In 1995, Hillary Clinton said: “Human rights are women’s rights–and women’s rights are human rights.” Two months ago, I had never heard this statement. However, as I did my research paper on violence against women, my viewpoints changed greatly. Now, I appreciate safety and opportunities, and I don’t take the minuscule, yet beautiful, parts of my life for granted.

As I started my research, the horrific and deadly crimes perpetrated against females struck me. I constantly found myself completely shocked and horrified by the information that seemed too terrible to be reality. For example, one in three women across the world is a victim of intimate partner violence. Meaning, ⅓, or 33.33%, of women in the world are assaulted by their partners. Brides in India and China may be killed by their husbands if the dowry their families are forced to pay isn’t valuable enough. All over the world, females are killed or driven to suicide for various acts that are considered shameful. More than 500,000 girls in Latin America are kidnapped, transported, and exploited through sex trafficking. Young girls are killed before they are five years old because they are deemed less valuable than baby boys. These are all facts that I didn’t know before I started doing research.

END_OF_DOCUMENT_TOKEN_TO_BE_REPLACED

“I think I should give some thank-yous. First, I’d like to thank this kid, Rajesh, who gave me one hundred dollars to be in the thank-you speech…” This is how the champion of the US National Speech & Debate Association (NSDA) Nationals began his thank-you speech. I was there, watching the finals, imagining that one day, I could stand there on the stage and give a speech like that in the finals. This dream came 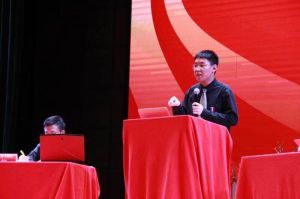 true quickly after two months. I won the championship of the Chinese debate nationals last summer. It felt amazing and unbelievable, and in retrospect, my debate journey is a miracle that truly shaped the person I am now.

It was coincident that I found out about debate three years ago when I accidentally saw a poster in front of my extracurricular classroom. I thought it might be an excellent opportunity to practice English since I was not a native speaker, so I signed up for it. This turned out to be the most important decision I have ever made in my life. END_OF_DOCUMENT_TOKEN_TO_BE_REPLACED

Working Together to Launch the Model UN Club

Working Together to Launch the Model UN Club

To understand what the “Model United Nations Club” is, it is essential to know the concept of the “Model United Nations” or “MUN”. Model United Nations acts as a simulation of United Nations conferences, in which participants act as delegates. Delegates represent various countries and their ideals, and engage in formal debates over global issues as well as international affairs, through which a resolution is achieved that is, ideally, satisfactory for all parties involved. A couple of weeks prior to the conference, the delegates are assigned respective countries, councils, and issues that will be debated upon, thus allowing delegates ample time to research the topic at hand and formulate their arguments. A big part of MUN is the delegates recognizing that they are not representing themselves, but are a part of a larger picture, having to uphold their country’s beliefs.  END_OF_DOCUMENT_TOKEN_TO_BE_REPLACED