Editor’s Note: The Shen Prize is a speech competition for V Formers responding to the prompt: What is a moment of significant expansion or contraction of United States’ democracy? The 2020 recipient of the Shen Prize was Catie Summers.

“For all the girls in the [Women’s Auxiliary Ferrying Squadrons], I think the most concrete moment of happiness came at our first review. Suddenly and for the first time, we felt a part of something larger. Because of our uniforms, which we had earned, we were marching with the men, marching with all the freedom-loving people in the world.” This is an excerpt from the poem At Twilight’s Last Gleaming, written by Cornelia Fort, one of the first woman pilots in the United States.

During World War II, the United States government drafted as many male soldiers as possible. Although thousands were automatically selected, just as many were needed to stay on the homefront to support the war effort through non-combat roles, which prompted the government to replace men in the workforce with women.  During wartime, women’s employment rate increased 25%, and over 350,000 women served in the U.S. military. This increase in women’s employment and the diversification of jobs available to them is an expansion of American democracy. American democracy is fluid, ever-changing, and situational. As the country adapts and advances, so too does its democracy. These fluctuations occur in time with shifts in political climates thus the inclusivity and definition of American democracy at a given time correlates to the status of the country at that time. The introduction of the Women’s Army Corps, also known as WAC, during World War II represents an expansion of American Democracy due to the situational requirements of a nation at war. This expansion not only gave women the option to support the war effort by taking on traditionally male roles in the workforce and military, but also for the duration of the war, granted these women access to a society in which their work and contributions outside of the home were as valued as those within it.

END_OF_DOCUMENT_TOKEN_TO_BE_REPLACED

Sixth form Isabelle Titcomb spent a semester this year in History Fellowship class conducting research on the relationship between MLK and Malcolm X — two of the most influential leaders in African American history whose words still have a lingering influence.

Check out her paper here by clicking here!  END_OF_DOCUMENT_TOKEN_TO_BE_REPLACED

The Reach for Perfection in the Jacksonian Era

The Reach for Perfection in the Jacksonian Era 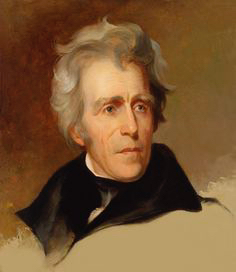 Although Andrew Jackson, the seventh President of The United States, only held office from 1829 to 1837, he made a profound impact on American history. During “The Jacksonian Era,” (1816-1841) the economy boomed, technology advanced, American borders expanded, but most importantly, the common man gained a sense of importance, and American optimism and patriotism were “unbounded” and “infectious” (Remini 108). It was a time of “passionate commitment to democracy” (Remini 122).

In response to the boom in the economy and the growth of industry and materialism in America during the Jacksonian Era, the theme of Culture and Society is evident throughout the Transcendental Movement. This movement, which originated in Massachusetts, emphasized the divinity of man and his connections to God and stressed the beauty in nature in a society preoccupied with materialism. Transcendentalists such as Henry David Thoreau and Ralph Waldo Emerson encouraged Americans to live more modestly and enjoy the simplicity of nature.  Emerson referred to the growing obsession of the American people to gain wealth as “‘the demon of reform,’” thereby proving that the emergence of the Transcendental Movement was necessary to respond to the expansion of American industrialism and materialism (Remini 73). Even today, there are still Transcendentalists who believe in the importance of living humbly and recognizing the beauty in nature in daily life. END_OF_DOCUMENT_TOKEN_TO_BE_REPLACED

Dr. James Loewen, who holds a Ph.D. in sociology from Harvard University and taught at the University of Vermont and Mississippi’s Tougaloo College, came to visit St. Mark’s in October of 2017. Dr. Loewen’s talk to the St. Mark’s faculty and student body regarded the danger of misconceptions of the past and centered on the problems with Civil War monuments honoring Confederate generals. Loewen asserted that the construction of these statues—often in veneration of Robert E. Lee or Jefferson Davis—represent what he calls a “nadir” in racial equality in the United States. END_OF_DOCUMENT_TOKEN_TO_BE_REPLACED

Memorialization, Memory, and the Civil War

Memorialization, Memory, and the Civil War: 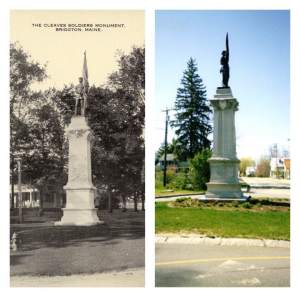 Driving up the hill from downtown Bridgton, Maine, one sees a towering Civil War monument looming on the horizon. The monument itself is unremarkable, as there are at least 144 other Civil War memorials in the state. Given the imprint that this conflict left on America’s collective memory, the prolific memorial-building efforts in Maine are no surprise. However, the way Maine memorials portray the conflict is rather puzzling. Despite the fact that the Union fought the war, at least in part, for emancipation and racial equality, Mainers constructed monuments, like the one in Bridgton, that largely disregarded the significance of slavery to the conflict. The inscription on the Bridgton monument reads: END_OF_DOCUMENT_TOKEN_TO_BE_REPLACED

Racial Integration at St. Mark’s: The Experience and Legacy of Ethan Anthony Loney

Racial Integration at St. Mark’s: The Experience and Legacy of Ethan Anthony Loney

On May 17, 1954, the Supreme Court ruled in Brown v. Board of Education that segregation in public schools deprived minority children of equal protection under the Fourteenth Amendment.[1] The Court’s decision in Brown repudiated the “separate but equal” principle, a principle that had prevailed in the United States since Plessy v. Ferguson (1896). In his unanimous opinion, Chief Justice Earl Warren stated that “separate educational facilities are inherently unequal.”[2] After a second decision a year later, in Brown II, the Court demanded that public schools integrate “with all deliberate speed.”[3] However, the desegregation of public schools proceeded slowly, particularly in the South, which engaged in “massive resistance” and passed laws declaring the Brown decision invalid.[4] Unlike southern states, northern states did not reject the Court’s ruling outright. Instead, northern school boards drew school zones that reflected white and black neighborhoods, thus maintaining segregated school systems.[5] END_OF_DOCUMENT_TOKEN_TO_BE_REPLACED