Editors’ Note: In the IV Form Writing Workshop course, students responded to various prompts after listening to a podcast on adolescent sleeping patterns and the brain.

With the early start times and little free time, the current St. Mark’s schedule ineffectively addresses how teenagers get their sleep. Sleep is essential to functioning efficiently throughout the day. Why do teens, whose brains are developing and growing, subject themselves to sleepless nights on a regular basis? Schools like St. Mark’s have tried to account for the little sleep teens get by starting classes at 8:00 or 8:30 am, but kids still arrive to class tired and mentally unprepared from insufficient sleep. The St. Mark’s schedule ineffectively addresses how teenagers manage their sleep pattern. Teenagers do not start waking up until around 9:00 or 10:00 am, and until then, their bodies and minds are not fully alert and ready to absorb information (Rogers 5). Therefore, changing the start time of classes by an hour may not be enough to help adolescents get an adequate amount of sleep. END_OF_DOCUMENT_TOKEN_TO_BE_REPLACED

Finding My Voice: Detaching from Anorexia

Finding My Voice: Detaching from Anorexia

My sister Addie once shoved her sweat-infused, post-lacrosse tournament sock in my mouth just to shut me up. I can still taste that sock to this day. She didn’t do this because she was a jerk, rather because I was an extremely obnoxious child. Ever since starring in my first musical at my London preschool at the age of three (literally – I played the role of “Star of Bethlehem”), I have been a singer. Between voice lessons three times a week, chorus twice a week, an endless string of musicals, and my countertop Madison Square Garden-esqe renditions of whatever song was stuck in my head, my sisters never caught a break. Ergo, sweaty lacrosse sock in the piehole.

Most likely to get a much-needed break from the sound of my voice, my sisters eagerly headed to the east coast for high school. Since then, I’ve known that I wanted to do the same, and I did. Having had parents, sisters, and many an extended family member who attended prep school in New England, I expected a seamless transition to my new way of life. This was far from the case. END_OF_DOCUMENT_TOKEN_TO_BE_REPLACED

Self- Paced Learning in Latin III and III Honors

The Classics Department is trying something new this year: self-paced learning. We kicked off this departmental goal almost accidentally as we planned for separate courses in separate places this past summer. Dr. Heather Harwood was working on revamping the Latin III Honors course to better support students who continue with the language in Advanced Latin Readings thereafter. Jeanna Cook was looking for a way to restructure the Latin III course to better serve incoming students who place into Latin III. In our first department meeting of the year, we realized that we were attempting to solve different problems, but that we had designed curricula that pulled from the same methodology. Self-paced learning, assisted by the module structure in our LMS, Canvas, offered a common means by which we hoped that we could achieve our individual course goals. END_OF_DOCUMENT_TOKEN_TO_BE_REPLACED 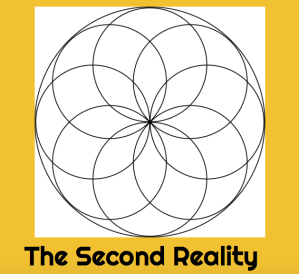 Logline: If the first reality fails, there will always be the second one.

Elevator Pitch: “The Second Reality” is a show about alternate realities, and how the decisions that characters make affect their futures. If you think about it, every decision that we make can have multiple different outcomes, meaning that there are multiple different realities that we could possibly live out. In our show, “The Second Reality”, there is no such thing as one reality. You live one reality, but some people are given the chance to go back and change their biggest mistake, thus leading to their second reality. However, characters don’t know that they have the opportunity to go back, otherwise they might live their first reality without care. While living their second reality characters are able to remember their first one in order to justify it as actually being reality.

Synopsis: In our show, “The Second Reality”, we explore what it would be like to have the opportunity to go back and change our biggest mistake. In the show, we follow four stories of four different people going through various times in their lives. They have to deal with the everyday struggles in life that we do, but there’s one catch. They’re able to go back and change their biggest mistake. As soon as the characters make a mistake that negatively alters their own life and the lives of others, the universe END_OF_DOCUMENT_TOKEN_TO_BE_REPLACED

Studio I Art: Zoanthids and Coral

Studio I Art:  Zoanthids and Coral

Zoanthids live on rocky and rubbly areas in flat intertidal zones. This particular kind of zoanthid, zoanthus sociatus, can be found on the highest part of the intertidal zone, which means that the coral is located in a middle ground between tide marks and is underwater during high tide and above water during low tide. The other kinds of zoanthids live on the upper levels in the lower surf zone, which indicates that they are located in the region where waves break. END_OF_DOCUMENT_TOKEN_TO_BE_REPLACED

Dr. James Loewen, who holds a Ph.D. in sociology from Harvard University and taught at the University of Vermont and Mississippi’s Tougaloo College, came to visit St. Mark’s in October of 2017. Dr. Loewen’s talk to the St. Mark’s faculty and student body regarded the danger of misconceptions of the past and centered on the problems with Civil War monuments honoring Confederate generals. Loewen asserted that the construction of these statues—often in veneration of Robert E. Lee or Jefferson Davis—represent what he calls a “nadir” in racial equality in the United States. END_OF_DOCUMENT_TOKEN_TO_BE_REPLACED