Alzheimer’s Disease (AD) is a progressive neurodegenerative disease that causes devastating memory loss and cognitive decline in humans. There is no current cure for AD. Research studies show that oxidative stress is correlated to and possibly a cause of this neurodegeneration. Because antioxidants such as melatonin have been found to reduce oxidative stress, melatonin could alleviate neurodegeneration and serve as an effective dietary supplement for people with with AD. In this experiment, a tauopathy Drosophila melanogaster group

Please click on the image to download/see the poster. Zoom in to read specifics.

that express human tau (MAPT) under gal4in neurons were used to model AD in humans. This study measured learning and memory of the Drosophila through an olfactory vortex learning assay in a t-maze. Groups of flies with and without melatonin supplementation were tested in the t-maze. Following experimentation and data collection, preliminary results from this study suggest, but do not confirm, that melatonin reduces memory loss and improves cognitive function in a Drosophila AD model. Further trials are needed to confirm the suggested results.

Click on image below for Voice Over video essay:

END_OF_DOCUMENT_TOKEN_TO_BE_REPLACED

Editor’s Note: In Advanced Calculus, students spend considerable time studying derivatives (rates of change) and their applications.   This problem is an “optimization” problem that asks students to calculate the best or optimal value relative to a particular situation.   Students need to first interpret the meaning of the problem (which involves particular rates of change) and model the situation with a function.

In this problem, George wants to minimize the time it takes for him to get home.  Haley applied her understanding of derivatives to determine the exact spot on the shore where George should leave his rowboat before running home.

END_OF_DOCUMENT_TOKEN_TO_BE_REPLACED

Since a young age, I have loved writing. At first, it was a great pass time and then developed into a passion. I first learned about poetry in my sixth grade English class, and I then began to keep a journal with ramblings of words that, over time, began to string together. Ever since then, poetry has been with me through tough times. It comes to me the easiest when strong emotions run high, such as anger, sadness, or frustration. Poetry is a wonderful way to channel what I am feeling. My poems can come in many different forms; no way is the right way. For me, it is more about just being able to express what is going through my mind or something that has happened. I also use my poems to record and to remember the feelings I had during an event. When I place my pen on the paper, I just feel the thoughts in my head flowing out. Sometimes they are jumbled and other times they fit well together. My main goal is about capturing what I am feeling while escaping the weight of the world. The following excerpt is from a poem I wrote about a beautiful hike I went on: END_OF_DOCUMENT_TOKEN_TO_BE_REPLACED

By Dr. Colleen Worrell, Director of The Center for Innovation in Teaching and Learning

playbook.” The first two LEO articles (Make Deep Work Your Super Powerand Productivity, Neuroscience, & Deliberate Practice) aimed to introduce the term and core concepts to the St. Mark’s community. This third article focuses on deep work from the perspective of two St. Markers, 6th Former Sophie Haugen, and Classics teacher, Dr. Harwood. Each of them responded to the following questions:

I am not an expert on “doing” deep work, but I do try to practice it and I have learned about its importance, especially as a student at St. Mark’s where our schedules and lives are extremely packed and do not easily enable us to practice deep work all the time. Last year, I fell into a multi-month-long rut of frustration and lack of satisfaction from everything I was doing in my academic courses. I was putting in excessive time and what I perceived to be effort and hardwork but was not seeing the results in my grades or my actual understanding/engagement with the material. END_OF_DOCUMENT_TOKEN_TO_BE_REPLACED

How does Montag’s Rashness Impact Him?

How does Montag’s Rashness Impact Him? 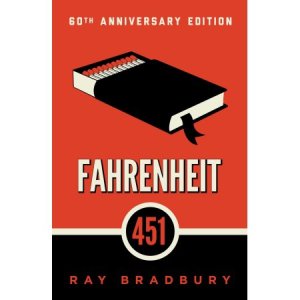 Fahrenheit 451 by Ray Bradbury is a story about banned books and thoughts. People in that society are wholly brainwashed by the government into believing that no reading and thinking can bring them happiness. Montag, one of the firemen responsible for burning books, is curious about them. This leads him to read and think, which are illegal in his society. After realizing the lack of literature and thoughts necessitates the lack of happiness and love in the world, Montag begins to take actions, often rashly, to rebel against the reality. Although Montag’s rashness occasionally hinders him from achieving his goals, his braveness also helps him rebel and builds a human character. His imperfection adds a touch of realism to the story, making it more understandable to readers. END_OF_DOCUMENT_TOKEN_TO_BE_REPLACED