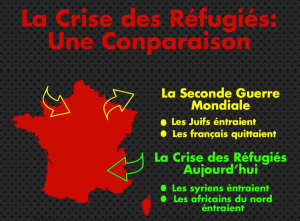 END_OF_DOCUMENT_TOKEN_TO_BE_REPLACED

The Future of Libraries and the St. Mark’s Library

The Future of Libraries and the St. Mark’s Library 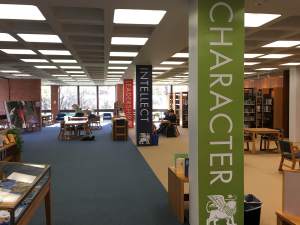 Libraries are ever changing in both form and function. One aspect currently at the center of library innovation is user-experience (UX). UX focuses on meeting the needs of patrons to improve their experiences by making them more impactful and meaningful. UX is a reiterative process that involves constant conversation with your community. Libraries using UX are implementing human-centered design, or design thinking, to better understand their patron base. Human-centered design, “focuses on defining and then resolving concerns by paying attention to the needs, aspirations, and wishes of people” (Peet 2016). END_OF_DOCUMENT_TOKEN_TO_BE_REPLACED

Get Well Soon: Dialogue in the Style of Hemingway’s “Hills Like White Elephants”

Get Well Soon: Dialogue in the Style of Hemingway’s “Hills Like White Elephants”

Editor’s Note: The purpose of this creative writing assignment in IV Form Writing Workshop was to build a better comprehension of implicit and explicit facts in writing pieces and to become acquainted with a specific creative writing style. Students chose to emulate the writing style of one of three short stories read in class: “Harrison Bergeron,” “Hills like White Elephants,” or “Cathedral”.  Students were expected to employ the same literary devices that the authors of the original short stories used. Those who chose to imitate “Hills like White Elephants” were expected to convey a message without directly stating it.

The room held flowers, cards, balloons, bears, and stale air.  The flowers had long since lost their sweet aroma to the cruel hands of time.  Cards sat unread.  Those shiny stiff “get well soon” balloons still bobbed halfheartedly in a corner by a window.  Along the bed sat bears, tens of them, their kind bead eyes meant to make you feel some sort of happy, but were left collecting dust with END_OF_DOCUMENT_TOKEN_TO_BE_REPLACED

Eat This, Not That!

By Both Long, Modern Languages Faculty

Eat This, Not That!
What we eat determines who we are. Our mental and physical performance on a day-to-day basis is heavily reliant on what we use for “fuel.” Our bodies really are our temples, and we should take care of it with the right stuff. But what is the right stuff? How do we get it? Does it taste good? In my Saturday course Eat This, Not That!, students learn about nutrition and how to construct a healthy lifestyle by understanding how much our food choices impact our bodies. The curriculum offers an exploration of each of the nutrient groups and its importance to our diet. Students study current dietary trends and fads regarding diet recommendations and food policies.

Our students were asked to begin their Saturday class studies by thinking deeply about the eating habits of their peers and members of the community. Each student was able to quickly identify somebody in their life that did not eat consciously or somebody whose health they were worried END_OF_DOCUMENT_TOKEN_TO_BE_REPLACED

Simply Not Sustainable: On Meat Eating

For thousands of years, humans have been meat-eaters. Originally, animals were hunted and the livestock and poultry “farms” that we have today did not exist. Before the meat and processed food industries came to be and before supermarkets existed, people did not have much of a choice about what they ate. Therefore, there was an economical advantage to eating meat, as it was almost always available and though people had to hunt, they did not have to trade in valuable crops or currency to acquire meat. Socially, there is no question that eating meat was sustainable; people END_OF_DOCUMENT_TOKEN_TO_BE_REPLACED

The Human Spirit Is Alive in Haiti

Sadness. Desolation. Poverty. Fear. Hunger. Disease. These are some of the words that people immediately think of when someone mentions Haiti. In the minds of many Americans, Haiti is a broken down, third world country that is being ravaged with the aforementioned afflictions and in need of dire assistance. The general population does not live in nice homes, and some people even live in tents due to the horrific earthquake that decimated much of the country three years ago. Most citizens do not have access to medical care; what medical care there is often takes END_OF_DOCUMENT_TOKEN_TO_BE_REPLACED

To Be Remembered Is To Live On: El Día De Los Muertos

important holiday in Latin American culture, celebrated on November 2nd. During the holiday, Latin Americans remember and honor their lost loved ones. In their culture, the dead are kept in their memories and made an integral part of their lives. While such familiarity with the dead is contradictory to what we learn as children in the United States, the study of Spanish culture helps to improve our knowledge of the Spanish language. The students were assigned to make and dedicate a traditional Hispanic altar to someone close to them that had died. They were END_OF_DOCUMENT_TOKEN_TO_BE_REPLACED

Every coincidence is scientifically proven to be an outcome of probability.  However, I do believe humans can interpret events into something meaningful.  A given meaning will vary from person to person, depending on how he or she thinks and what is happening in his or her life at the moment of a coincidence.  For instance, if someone is having a bad day and, as soon as the radio is turned on, a sad song plays, he or she may think of this as synchronicity, or the viewing of two events as connected, albeit they do not have a causal relationship and would not normally be related as meaningfully connected.  Yet, if someone who was having a great day heard the sad song at the same time, also after END_OF_DOCUMENT_TOKEN_TO_BE_REPLACED