Home » 6th Season » 2018-19 v.9 » Exploring the Hudson River School and Its Relationship with the Conservation Movement

American Pulitzer Prize Winner Wallace Stegner once said: “National parks were the best idea we ever had.”[1] But, where does the idea of building a park come from? Today, it seems instinctive for everyone to want to protect the earth. However, this sentiment was not instinctive. Now, we all know that conservation focuses on protecting natural resources and the environment, but in reality, the word “conservation” as an environmental concept did not exist until the early twentieth century.[2] This concept to preserve actually grew out of the nascent conservation movement of the early the twentieth century, when President Teddy Roosevelt protected millions of acres of land by sheltering it in the National Parks and National Forests systems.[3] However, this desire to preserve our environment did not appear in Roosevelt’s time without roots. In fact, events before the twentieth century laid the foundation for environmental conservation. The birth of the conservation concept actually began much earlier in the nineteenth century.

In the first half of the nineteenth century, the Industrial Revolution was at its height. The Revolution brought mass production and led people into more enjoyable lifestyles and increased consumption.[4] However, in the United States these changes had a very destructive impact on the environment.[5] Air and water pollution from coal-burning made cities like New York smoggy and dirty. Increased urbanization brought about increased water-borne diseases like cholera and typhoid. Moreover, hazardous materials released from factories devastated health conditions of working families who lived near industrial settings. The boom in transportation also led to serious land degradation. Canals affected the natural routing of water and streams while construction of railroads forced deforestation and destruction of certain animal habitats.[6]

Please click here to read Leean’s essay in its entirety. 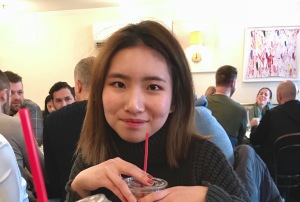 Leean Li is a VI Form boarding student from Shenzhen, China. She is a tennis player, a yearbook layout editor, and an artist. She enjoys spending time with friends and family, eating good food, and traveling.

By smleo in 2018-19 v.9, 6th Season on February 26, 2019.
← How Surrealism Shattered Social and Artistic Conventions in the European Interwar Period Native Americans in the Western Film Genre: An Evolution →