The Joy (and Responsibility) of Moving from Camper to Staff

The Joy (and Responsibility) of Moving from Camper to Staff

For six years, arriving at Camp Coniston in New Hampshire meant pure excitement, but this year was different. I was now part of the staff. While still excited, I also felt proud, nervous, and apprehensive because I would be teaching Ecology and Swimming. I knew that I would not have a problem sharing my love of nature with the campers, but how was I going to plan and teach several compelling Ecology classes? I was in what was formerly my safe haven, now nervous because of these new added responsibilities.

After hurrying to the Ecology Hut, I found a tangled mess of plastic tanks, bug nets, waders, chairs made in the woodshop, magnifying glasses, and books. It looked like everything had been collecting dust since the 1980’s. I had found treasure. My initial thought was, “I’m going to organize this,” but soon I refocused on, “Which book can help me create an Ecology course?” One yellow, dusty, spiral-bound book titled, “Stepping Stones to Nature,” captured my attention. After pushing bug nets aside and sitting down on a questionably structured chair, I dove into it. I wanted to learn everything this book had to offer and, when it had nothing left to offer, I would find another. Soon, I knew how to make natural paints, identify rocks, trees, bugs, plants, and flowers, make a fire without matches, and tell time by the sun and stars. I was eager to teach the same things to the campers.

Only days later, campers joined me in the Ecology Treehouse, where we had a commanding view of a humble blog that was chock full of species and vegetation ready to be explored and studied. It was covered in peat moss so thick we could walk across parts of it. Over the next two weeks, we embarked on exciting adventures that I planned from the Treehouse. We walked through the bog, studying carnivorous plants, game trails, and a bog’s lifespan. We trekked to a field of wildflowers with bug nets to catch and identify bugs and flowers. I planted geodes in the woods for the campers to discover. When the campers brought their two “coolest looking rocks from the woods” back to the treehouse, we smashed them open. I can not adequately describe the envy I saw in a boy camper’s face when he saw that the inside of a young girl’s rock was cooler than his, nor the girl’s confidence after she broke open that geode. We went on a safari in Kayaking Cove, getting knee-deep in the lake with magnifying glasses and bucket hats; it was “Steve Irwin Day.” We waded through the bog and caught more leeches than I could have imagined (the campers were weirdly excited about that), a few frogs, and a baby snapping turtle, whom we named Tuck. As we learned together in those two weeks, the campers fought for time to share all the things they had learned and shown joy and excitement when they found a plant or bug that I could not identify without a book. My co-counselors told me daily that their campers’ “highs of the day” always included Ecology. I was the flint and my campers were the tinder. Alone, we could not accomplish much, but once we worked together– once we sparked– we built a fire.

I learned many things that summer. I learned about bogs, swamps, New Hampshire woods, fires, flowers, bugs, and more. More importantly, I learned how fun teaching can be, and with that, I expanded my own joy of learning. I also learned a new meaning of hard work and dedication, even when that meant purchasing geodes and marching through the woods in the middle of the night to secretly plant them. I learned that one’s passion for learning will inspire others, and there is nothing better than sharing the joy of learning with another. 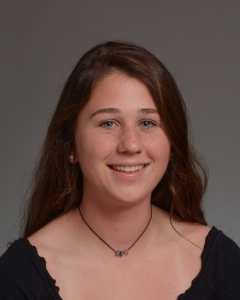 Julia Danielson is a VI Form student from Westborough, MA.

By smleo in 5th Season, Volume 5.6 on January 9, 2018.
← Math Modeling: Protein Bars Ranking Project Keeping Up with the Komodos →