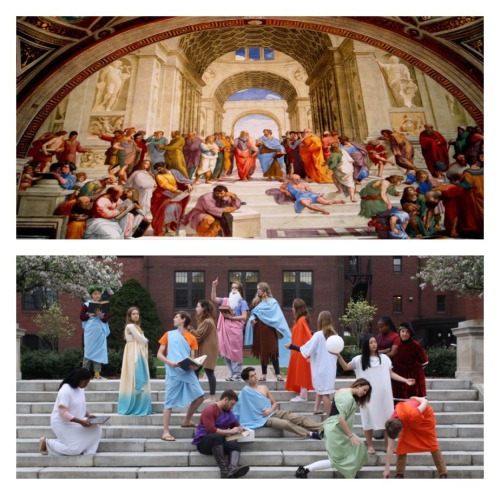 Χαιρετε! Over the course of this school year, we, the Greek II class have put together our Classics Diploma Project, an analysis and celebration of Raphael’s The School of Athens. Our inspiration for this project came from many different places. In class, we’ve read the works of great Greek writers, such as Aristophanes, Plato, and Xenophon, three authors who present different accounts of Socrates’ life. Charlotte Wood, one of the students in the class, had traveled to Rome in the summer of 2015, and while she was there she saw Raphael’s Rooms in The Vatican. She was awestruck by the scale, perfection, and beauty of each work, The School of Athens in particular. She then began studying the work in Art History, and her love for it grew. Once the class started learning about Plato and Aristotle, she shared her enthusiasm for the painting, and the class appreciated the work as much as she did. We then decided to frame the project around Raphael’s awe-inspiring masterpiece. 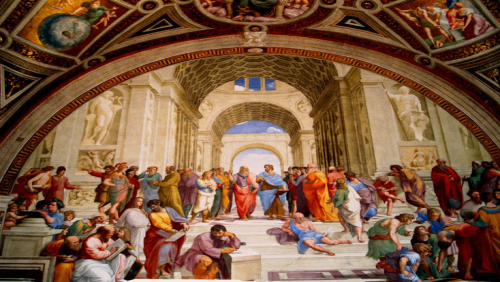 The project is multifaceted. We decided to learn about the piece, create a website summarizing the lives and philosophies of the major figures depicted, make memes about these people and plaster them around our school, so that we could share our knowledge with others, stage a tableau vivant (“living painting”) of The School of Athens here at St. Mark’s, with the help of some other students, and finally embody one philosopher each at our end of year Classics Banquet to test our knowledge and get a chance to engage in some good old fashioned philosophical discourse with other Classics students.

The first phase of our project involved learning about the painting. We watched this Khan Academy video to learn more about the historical figures depicted in the work, did book research, and we took this quiz to test our knowledge.

After learning about The School of Athens, each student researched three different philosophers depicted in the painting, and wrote a short biography for each philosopher discussing their lives, famous works, and beliefs. We then created our own website with a complete collection of the biographies. In order to share our knowledge of the Greek philosophers with the St. Mark’s community, we created a multitude of memes about each of the figures depicted in the work. Each meme has a QR code; anyone can scan the code and be taken to our website, which contains biographies of each philosopher depicted in the fresco.

We then staged our tableau vivant (depicting the main figures in the painting) with the help of several other students. We spent time costuming and positioning each person so that we could get as close to the real piece as possible. 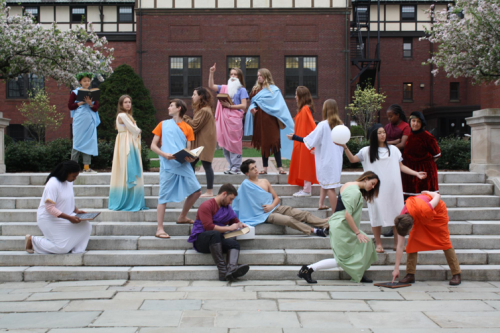 The Greek II class’s version of the fresco.

We then went to school meeting to spread the word, show our tableau vivant, and entice the community with a game of trivia about the figures in the piece. In order to learn about each philosopher, the students would have to scan the QR codes plastered on our memes around the school. CLICK HERE TO SEE ALL OF THE MEMES like the one below. Whoever displayed the most knowledge was awarded a prize. 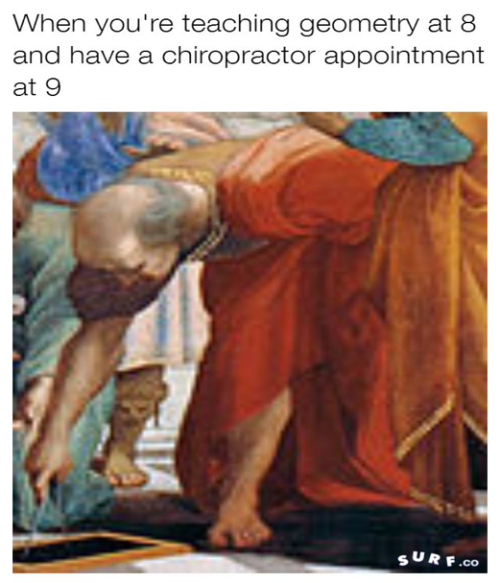 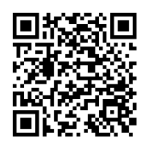 Who were the authors of these fantastically fantastical plans, you may ask? The five members of the Greek II class, along with our ring leader of learning, Dr. Heather “Raphael” Harwood, planned and executed this project over the course of the year. Here is some information about each of us! All four VI Formers will receive Classics Diplomas upon graduation, while Reevie Fenstermacher will receive hers when she graduates in 2019.

Keely Dion: Keely is a VI Former and a delightful young woman who posed as, and embodied the character of, Plato, to the point of having a friendly rivalry with her classmate, “Aristotle” (portrayed by Charlotte Wood). Keely will be attending The George Washington University in the fall, and perhaps she’ll continue embodying the character of Plato in the rhetorical capital of the country.

Charlotte Grace McGill Wood: Charlotte, a springy, sparky, and sparkly young lady, has led the Classics Club for the two years as a Co-Head. She began taking Classics in fifth grade, and at St. Mark’s has taken Latin III, Advanced Latin, Greek I, and Greek II. She will be attending Johns Hopkins University in the fall. Always determined to contradict her friend, Charlotte portrayed Aristotle, otherwise known as the student of and famous dissenter of Plato.

Dylan Sotir: A VI Former, Dylan has taken Latin II, Latin III Honors, Greek I, and Greek II. He portrayed Euclid of Alexandria in the tableau vivant and at the banquet. Dylan will be attending Harvey Mudd College in the fall.

Cooper Sarafin: Cooper is a senior who portrayed Heraclitus the Obscure in the tableau vivant as well as the banquet.

Reevie Fenstermacher: Reevie is currently a IV Former, but she took Greek I as a freshman. She is also in Latin II, her fourth year of Latin. She plans to continue her studies of Classics through senior year. She studied and embodied the character of Hypatia for the banquet and in the tableau vivant.

Dr. Harwood: Teaches Classics and coaches Varsity Yoga and Varsity Gardening at St. Mark’s School. She fondly remembers the first time she saw The School of Athens during her summer studying the Renaissance in Rome during graduate school. Supporting this project has afforded her many moments of levity and even more fond memories of this bright and joyful class of Classical Diploma students.

By smleo in Prize Day 2017, Season 4 on June 8, 2017.
← An Analysis of Alienation: The Natural Estrangement of the Individual On a Life as an Asian-American & Embracing That with Open Arms →