As my eyes scanned the people seated at the conference table around me, I admired each one of them immensely. To know that I was sitting in a lab meeting with the faces behind the statistic “93% remission rate for children with acute lymphoblastic leukemia” was astonishing to me. I stared up at the projector screen taking in the jargon that I partially understood, trying to decipher each scientific discovery and hoping that one day my name too would follow some great breakthrough displayed on a similar projector screen.

In the spring of my junior year, I was selected to travel to Seattle that upcoming August to work at the Ben Towne Center for Childhood Cancer Research at the Seattle Children’s Research Institute. Harry Kuperstein (the other recipient of this honor) and I lived with St. Mark’s alumni for four weeks: two were spent with Max (‘72) and Marcia Witter in Magnolia, and the other two weeks we lived with Peter (‘72) and Melinda Lucas on Bainbridge Island. Magnolia is a very urban neighborhood north of downtown Seattle that is filled with rolling hills that provide incredible views of the skyline. With a ten minute proximity to the city, I was able to partake in all Seattle had to offer, from visiting the Space Needle in the Seattle Center, to kayaking on Lake Union, to seeing the Blue Angels fly at the Museum of Flight, and so much more. Bainbridge is a relatively suburban 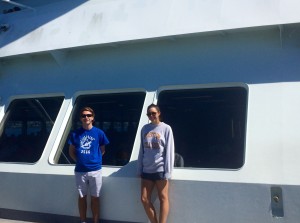 island in Puget Sound located about ten miles from the Seattle mainland, which equates to an hour-long ferry commute. Bainbridge contrasted from Magnolia in that it had a small-town environment and was surrounded by beaches and forests. Living with the two families that were very different than my own in an place that was entirely new to me immersed me into a wholly unfamiliar environment. This allowed me to discover aspects of myself and my aspirations for the future that I would not have learned if I hadn’t been stretched to be slightly uncomfortable.

Every day, we commuted from Magnolia and Bainbridge to the Jensen Lab, a laboratory within the Ben Towne Center that focuses on cutting-edge immunotherapy. Dr. Michael Jensen is the principal investigator of the Jensen Lab and the Director of the Ben Towne Center who generously welcomed Harry and me into his lab for four weeks as interns. The researchers at the center hope to manipulate the immune system of an individual cancer patient as a form of treatment that is far less toxic and disruptive than chemotherapy or radiation therapy. By harvesting the patient’s blood, genetically reprogramming the patient’s own T-cells to attack cancer, and then reintroducing them back into the patient’s bloodstream, immunotherapy has the potential to eliminate cancer with minimal side effects. Dr. Jensen and his team have found magnificent success with their treatments, and if they continue the momentum that they have recently established, I fully believe that they will make monumental strides towards ending childhood cancer.

Every day, my internship consisted of independently working on jobs assigned to me by my mentor, a senior research assistant. One typical task I performed consisted of culturing bacteria, then conducting plasmid maxipreps and minipreps on that bacteria, which are processes by which the DNA can be purified and isolated from the other organelles. I used restriction enzymes to cut the plasmid DNA in different locations, cutting two different plasmids and using the pieces to create a new plasmid. I also completed bacterial transformations, during which I temperature-shocked bacteria to introduce it to foreign DNA that I sometimes created in maxipreps and minipreps. I tested to see if my experiment was successful by plating the genetically modified bacteria and observing whether or not there was growth. With every maxiprep, miniprep, or bacterial transformation, I played a part in the development of modified T-cells that might later be injected into a child to combat their cancer.

Although my work in the lab may have been small in comparison to the work of the Principal Investigators, and at an early stage in the process of T-cell immunotherapy, I left Seattle knowing that in some way, I made a difference. Each time I completed a laboratory procedure, I was able to say that I contributed to a few of the thousands of steps necessary to save the life of a child with cancer. I found that I was a happier person when I knew that I was completing meaningful work. I envy my parents, both physicians, who come home every day with a sense of fulfillment because they are confident that all the work they do has a purpose that extends far beyond benefitting themselves as individuals. Despite putting in years of training and long hours of laboratory work, the staff at the Jensen Lab rarely appeared to be stressed or unhappy because they were excited by what they do and united in their common goal to improve cancer treatment for children. Spending every day in the Jensen Lab only strengthened my belief that I belong in a scientific environment, and I hope to one day be lucky enough to make a career in a field that gives me the same combination of stimulation, challenge, and fulfillment, that I was fortunate enough to experience this summer. 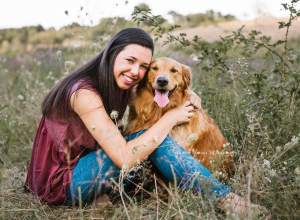 Katie Hartigan is a VI Form day student from Southborough, MA. She plays varsity lacrosse, is a STEM Fellow, and enjoys writing.

By smleo in Season 4, Vol 4.4 on November 8, 2016.
← The Mask: Art Inspired By The Loss of My Grandfather Maturity and Youth: Connection in “For Esme, with Love and Squalor” →